US Senator Charles Schumer Goes After The Robo-Callers 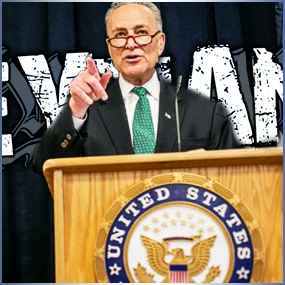 The Political Powerhouse Wants To Stop Those Annoying Calls That Have Gotten Around The “Do Not Call” Lists!

United States Senator Charles Schumer wants the Federal Trade Commission to pressure landline and mobile phone service providers to offer robocall-blocking technology to their customers, and said he would turn to legislation to make it mandatory if all else failed.

“Everyone has been annoyed by these robocalls,” Schumer said. “You can be having dinner, you can be in the middle of an important conversation and they interrupt you.”

The Senior U.S. Senator from the State of New York continued, “Making things worse, a good percentage of these calls are scammers. On Long Island people got calls from supposedly the IRS saying you haven’t paid your taxes, you better send us some money.”

Schumer continued, “The good news is we have the technology to stop it. There’s a company called NOMOROBO on Long Island that won an FTC competition to develop a technology to combat robocalls.”

Schumer singled out Time Warner Cable during his press conference as the only company so far that offers customers access to the robo-blocking technology.

“The bottom line is, if robocalls were a disease, they’d be a national epidemic and we would have the best and brightest working to combat the scourge,” Schumer noted. “We have attacked the problem but not eliminated the dreaded robocalls.”

According to Schumer’s office, there were 3.57 million complaints about Do Not Call violations in the United States in 2015. Of course, we’re HustleTweeting about U.S. Senator Schumer’s Campaign Against Robo-Callers, and you’re more than welcome to join the conversation by following THE HEYMAN HUSTLE TWITTER PAGE. You can also write to us directly at hustleoncrave@gmail.com. Hey, have you checked out the Hustle’s Ultra High Quality YouTube Channel, with exclusive videos featuring Backstage with Brock Lesnar and Paul Heyman… The Footage “They” Never Wanted You To See … UFC Bad Boy Nick Diaz’s Wildest Video Ever … Behind The Scenes at WrestleMania … ICE-T and Coco’s Sex Secrets … the list goes on and on, so if you’re not subscribing, you’re missing something … and by the ways cheapos, it’s FREE! Yes, absolutely 100 percent FREE! What are you waiting for? Check it out HERE!