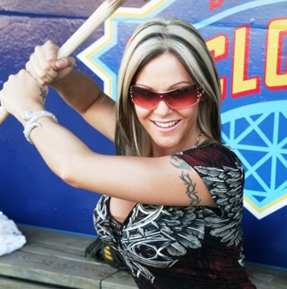 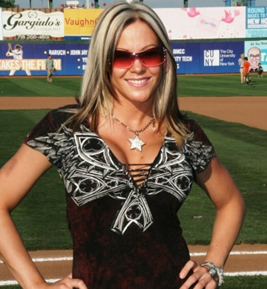 Over here on the East Coast, Velvet visited the uber-popular Brooklyn Cyclones, who are the minor league team of the New York Mets and a personal favorite of TNA commentator and Brooklyn-born (Brooklyn-dead, you know the rest) Taz.  Velvet threw out the Ceremonial First Pitch and took photos with the players, the team mascots and even spent over an hour signing autographs for all the fans.

THE HEYMAN HUSTLE‘s own Bob Mulrenin, who photographed the entire event exclusively for the Hustle, reports Velvet was throwing on the charm. "She was great, and she got a great reception," Bob told us this evening, "she knows how to work the crowd!"

CLICK ON THE PICS BELOW TO SEE THE ENTIRE 50-PHOTO
GALLERY OF TNA KNOCKOUT VELVET SKY CAUGHT UP IN A CYCLONE! 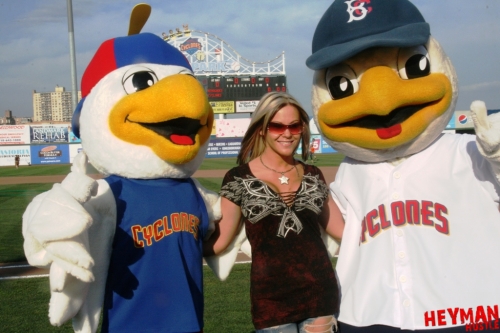