It's The World Premiere of Young Life Entertainment's MMA Anthem "Welcome To The Fight!" 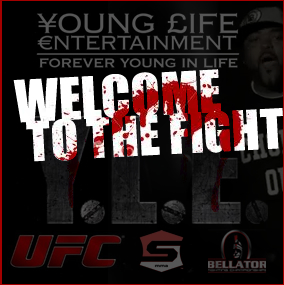 In a world ruled by the very best in caged combat, Young Life Entertainment has choked out the competition with a song destined to become the Mixed Martial Arts Anthem for not only 2011, but 2012 as well, “Welcome To The Fight,” and THE HEYMAN HUSTLE is proud to present the world premiere of the hot new video promoting the song!

In just a few hours, the official press release for the premiere of the wild video will be posted on YLE’S FACEBOOK PAGE which we encourage you to check out and “LIKE” in order to get in on the ground floor of the YLE / Welcome To The Fight movement!

The press release for the world premiere reads:

New York, NY (Aug. 22, 2011) – Renowned hip hop artist and business mogul Will Landrum aka Young Life announced today the release of his latest music single titled Welcome to the Fight. The release of Young Life’s single is the latest example of the growing mainstream appeal of mixed martial arts within the entertainment industry.

The filming of the music video for Welcome to the Fightbrought a taste of Hollywood to the community in Portland, OR.  The video’s Executive Producer, Chris Cardamone of, Cops, Little People, and Dog the Bounty Hunter fame, was on-hand, along with,Producer, Jimmy Clarke. The video’s Director, Tony Dimitri Peniche, welcomed Portland-area youths of all ages, hip hop crews, models and community activists to star in the video.  The music video featured some of Portland’s finest and most talented, with cameo appearances by:  Yung Mil, 9 year-old sensation The Future, Model/Actress Randi Stewart, and Mixed Martial Arts fighters Jeremy Smith, Sam Gregg, Jordan Montgomery and Danny Sikkens of the Aim High MMA School.

As the owner & founder of, Young Life Entertainment [YLE], Young Life has positioned himself as an established business owner and performer.  In addition to the release of Welcome to the Fight, he’s currently developing a new MMA apparel venture aptly named Choked Out.

About William Landrum aka Young Life
Will Landrum, also known as “Young Life”, is the Founder of Young Life Entertainment, and has over 20 years experience in the entertainment business. Extending from Long Beach, CA, Young Life has had the pleasure of working with artists, such as: Snoop Dogg, DAZ & Kurupt, Scarface, Joe Buddens, Crooked I, Howard Hewitt, 3 Six Mafia, and many more. In 1999, Young Life released an album called, “Escape From Death Row”, on Low Life Records and was also signed to, Universal Records.

For more information or media inquiries, please contact, Joseph Watson of The Watson Agency, at joseph@thewatsonagency.com or call (503) 572-4850.

HERE IT IS!
YOUNG LIFE ENTERTAINMENT PRESENTS “WELCOME TO THE FIGHT!” 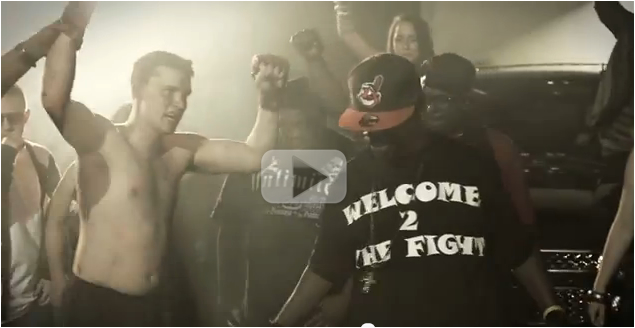