What Color Are Taylor Wane's Socks? 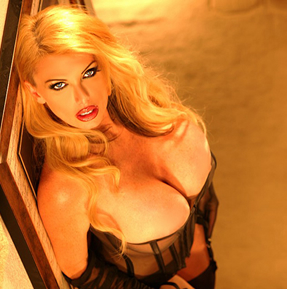 Many Moons Ago, Paul Heyman Taught Me a Very Valuable Lesson!

I have a confession to make.

About eight years ago, when WWE Smackdown was in California, I learned a very valuable lesson from our own Hustler De Tuti Hustlers Paul Heyman.

I know, the lesson must have employed an insane logic, and admittedly, it did. But please follow along anyway.

No one is scoring. Not even the women.

So I’m standing next to Paul, and I say “Ice Princess, huh?”

He turns to me, and says “same ol’ lines. Never work. Try something different. Tell her you like her socks. Hey, at least it’s something she has to think through, not give the automatic See Ya Later, right?”

I owe that heartbreak to Paul. And I will forever be indebted to him for those six wild crazy months. I will never forget the lesson he taught me. Will you?

OK, then answer my question.

What color are Taylor Wane‘s socks?

We’re HustleTweeting about Taylor Wane‘s socks, and you’re more than welcome to join the conversation by following the Hustle on Twitter HERE or by hitting LIKE on our hyper-interactive Facebook page HERE!