WWE.com Looks Deep Into The Most EXTREME "What If" Question Regarding The Original ECW 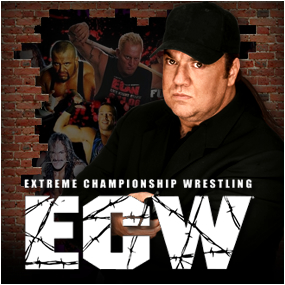 In 2001, Our Very Own Hustler De Tuti Hustlers Paul Heyman Learned From Media Magnate Barry Diller That USA Network Was Not Picking Up ECW. It Was The Death Knell For The World’s Most Extreme Promotion. As EXTREME RULES Approaches, WWE Ponders “What If …”

A most interesting article has been posted as the headline story on the WWE website regarding “What If ECW Never Closed,” a revealing look into the final days of our own Hustler De Tuti Hustlers Paul Heyman‘s legendary promotion that closed in 2001.

In the article, our boss reveals, “Universal Music was coming in to purchase a minority share of ECW. Which is why, after we were off TNN, our videos started appearing on Doug & Jimmy’s Farm Club on USA Network. Doug & Jimmy were Doug Morris and Jimmy Iovine, the co-chairmen of Universal Music. The concept was: one, exploit the massive financing available from Universal Music; two, use Universal’s distribution for our DVDs and CDs; three, utilize their web development teams as we expanded into the ever-growing Internet platforms that were becoming available in 2001.”

There’s so much more. It’s a truly fascinating article. Please take the time to read it HERE!

Of course, we’re HustleTweeting about WWE.com’s article on ECW, and you’re more than welcome to join the conversation by following us on twitter HERE or write us directly at hustleoncrave@gmail.com  Hey, have you checked out the Hustle’s Ultra High Quality You Tube Channel, with exclusive videos featuring OUR WORLD EXCLUSIVE WITH MIKE TYSON … BROCK LESNAR’S “HERE COMES THE PAIN” … ICE-T AND COCO’s SEX SECRETS … TEEN SENSATION TAYLOR MOMSEN … UFC BAD BOY NICK DIAZ … THE WALKING RIOT MISSY HYATT if you’re not subscribing, you’re missing something … and by the ways cheapos, it’s FREE! Yes, absolutely 100 percent FREE! What are you waiting for? Check it out HERE!