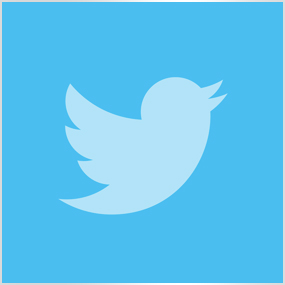 Presuming, of course, that you USE Twitter, life just got a whole lot easier!

Twitter announced earlier today as significant a change as they possibly can to the way Direct Messages work on the Twitter platform, removing the 140-character limit that restricted the length of private messages. With the change, Twitter‘s Direct Message feature is on par with other chat and messaging apps, allowing for unrestricted conversation. In other words, Twitter got pissed that Facebook is back in vogue.

The company stated, “While Twitter is largely a public experience, Direct Messages let you have private conversations about the memes, news, movements, and events that unfold on Twitter. Each of the hundreds of millions of Tweets sent across Twitter every day is an opportunity for you to spark a conversation about what’s happening in your world. That’s why we’ve made a number of changes to Direct Messages over the last few months. Today’s change is another big step towards making the private side of Twitter even more powerful and fun.There are no plans to remove the limit from the public side of Twitter, so tweets will continue to be restricted to 140 characters. To get access to Direct Messages that have no character limits, Twitter advises users to upgrade to the latest version of the company’s apps.”

Twitter for iOS can be downloaded from the App Store for free. [Direct Link]

Twitter for Mac can be downloaded from the Mac App Store for free. [Direct Link]

TweetDeck can be downloaded from the Mac App Store for free. [Direct Link]

Speaking of Twitter, we’re HustleTweeting about this radical change in Twitter philosophy, and you’re more than welcome to join the conversation by following the Hustle on Twitter HERE or write to us directly at hustleoncrave@gmail.com Hey, have you checked out the Hustle’s Ultra High Quality You Tube Channel, with exclusive videos featuring the #HUSTLEBOOTYTEMPTATS SUPERMODEL OF THE YEAR … OUR WORLD EXCLUSIVE WITH MIKE TYSON … BROCK LESNAR’S “HERE COMES THE PAIN” … ICE-T AND COCO’s SEX SECRETS … MMA BAD BOY NICK DIAZ … the list goes on and on, so if you’re not subscribing, you’re missing something … and by the ways cheapos, it’s FREE! Yes, absolutely 100 percent FREE! What are you waiting for? Check it out HERE