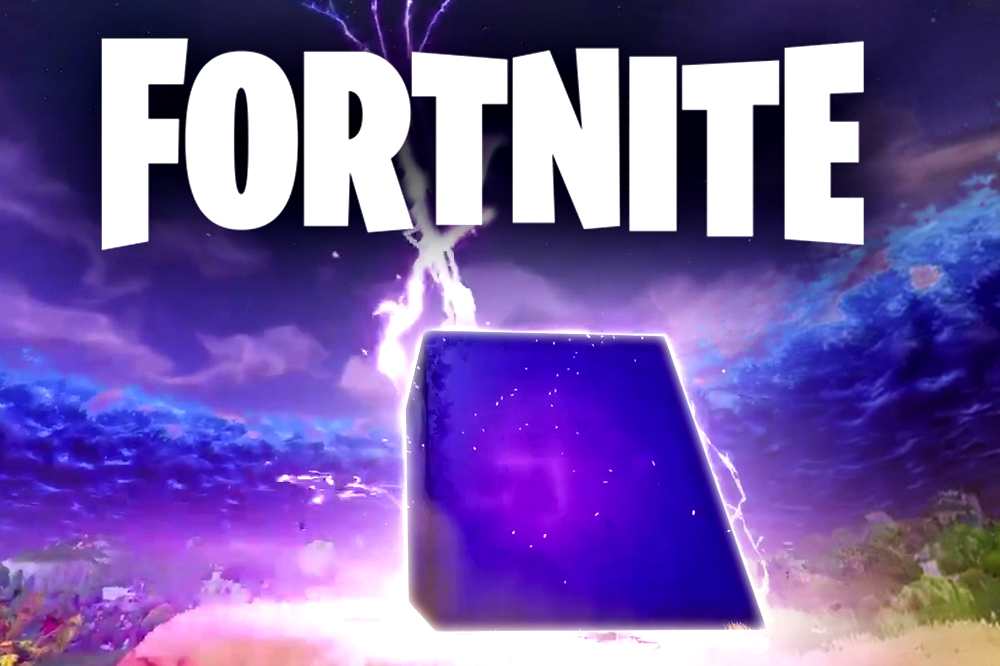 At about 5 p.m. Eastern on Friday evening, a new event transformed the state of Fortnite as we know it. After Thursday’s version 5.30 update to the game, the huge rift portal in the sky turned purple and random lightning strikes began hitting random locations. But today, all of that lightning concentrated on a single location that seemingly closed the portal for good and left a mysterious purple cube near the western edge of Paradise Palms.

If a player attacks the purple cube, it attacks back. How this might relate to Season 6, no one knows, but we’re HustleTweeting about it right now, and you are more than welcome to join the conversation by following the Hustle on Twitter HERE or by hitting LIKE on our hyper-interactive Facebook page HERE!