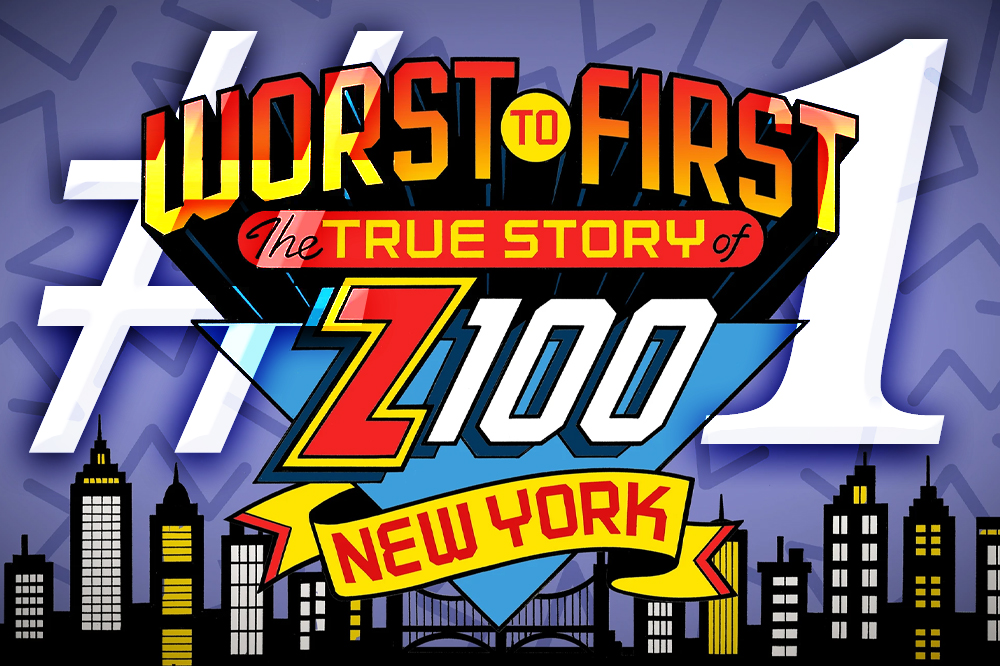 Worst to First: The True Story of Z100 New York is the no. 1 music doc in the world.

“What Scott Shannon did – taking a little swamp-based radio station and making it the greatest radio station in America – is the stuff of legend,” commented Elvis Duran. “Easy to say now, but this was Radio 101. Everyone in radio should know this story. I’m happy I had the chance to team with Scott and share this tale with the world.”

“I can’t believe it,” noted Scott Shannon. “This thing has really turned into something!”

Worst To First is a feature-length documentary that portrays the against-all-odds inspirational story of the launch of the iconic and most successful radio station in history, New York City’s Z100. In 1983, Z100 launched from the swamps of New Jersey, where no artist would venture, and the DJs had to buy their own records just to have music to play on air. Fun, poignant and aspirational, the doc film features Scott Shannon and several other Hall of Fame radio personalities as well as industry legends like Clive Davis and Elvis Duran. Iconic artists who got their start on Z100 such as Jon Bon Jovi, Joan Jett, Nile Rodgers, and era superstars, Debbie Gibson and Taylor Dayne all share their personal stories of the importance of the station, their love of radio and passion for music.

Worst to First is available on VOD platforms including Apple/iTunes, Amazon, GooglePlay, Vudu and Microsoft … as well as InDemand and DirectTV.

We’re HustleTweeting about the Worst to First: The True Story of Z100, and you’re more than welcome to join the conversation on the Hustle Twitter HERE … on our ridiculously sensational Instagram HERE … or on our Facebook page HERE!