Goldberg Defeats KO in 21 Seconds to Become the Universal Champion ... Next Stop is WrestleMania Versus Brock Lesnar 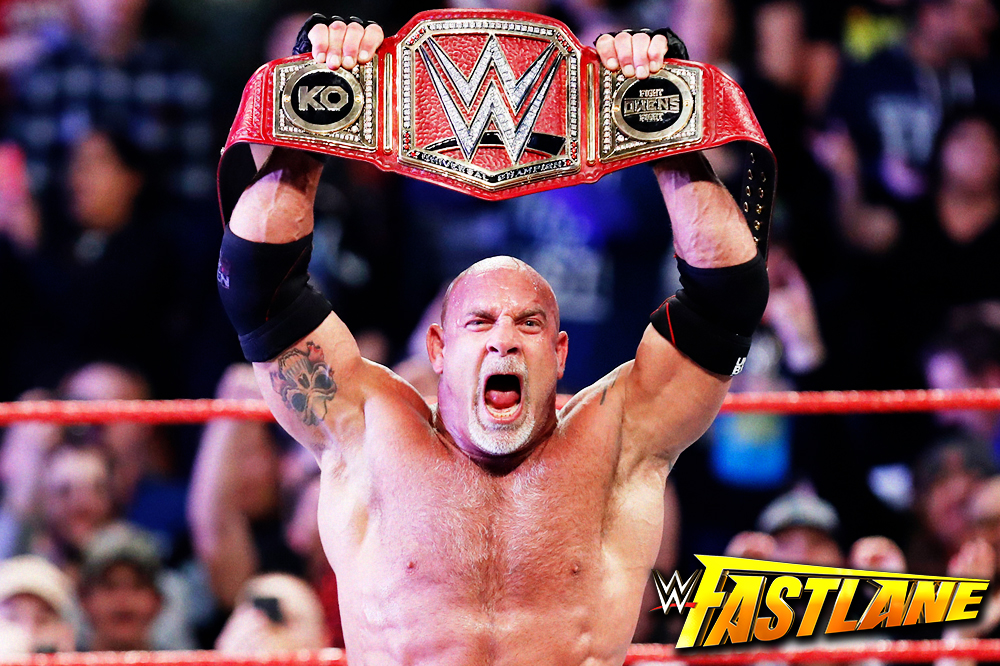 Goldberg has captured WWE‘s Universal Championship, and he did it just as he predicted: Spear, Jackhammer, 1-2-3.

The greatest comeback in championship history saw Goldberg take out Kevin Owens in 21 seconds, and now Goldberg‘s scheduled match for WrestleMania against Brock Lesnar will have even more at stake, as the Universal Championship will be on the line as well.

Of course, we’re HustleTweeting about WWE‘s Universal Champion Goldberg, and you’re more than welcome to join the conversation by following the Hustle on Twitter HERE or by hitting LIKE on our hyper-interactive Facebook page HERE!