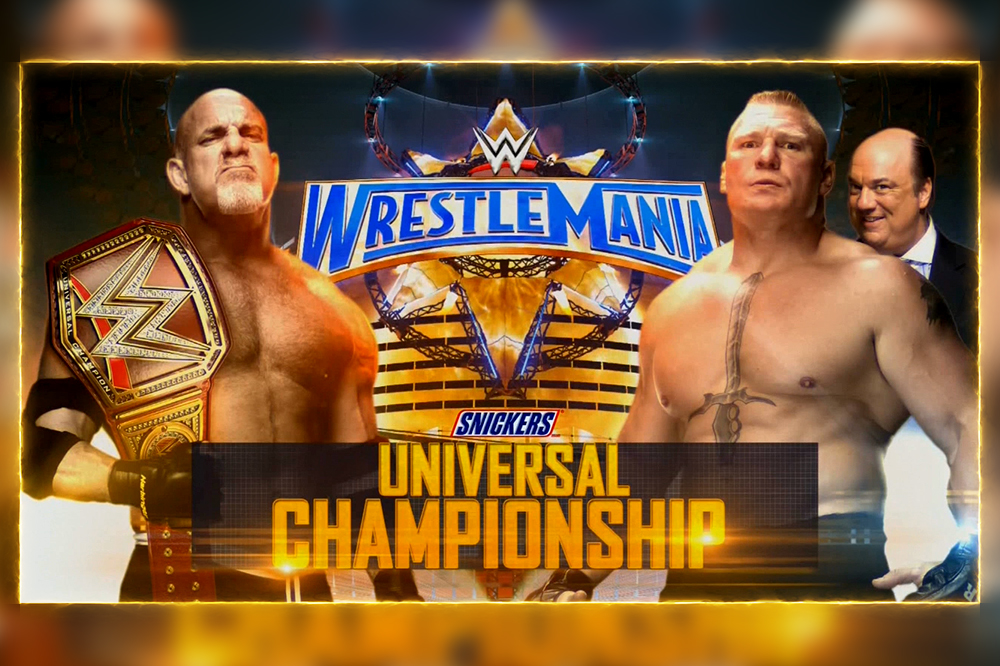 World Wrestling Entertainment presented a look at the Universal Title Match in which Brock Lesnar (with our boss, his advocate Paul Heyman) challenging Goldberg for the championship at WrestleMania. The video package, which aired on Monday Night RAW, gives the viewer the idea we are in for an explosive confrontation when these two legendary bad asses collide on April 2nd.

We’re HustleTweeting about Brock Lesnar vs Goldberg, and you’re more than welcome to join the conversation by following the Hustle Twitter HERE and also liking our hyper-interactive Facebook page HERE!