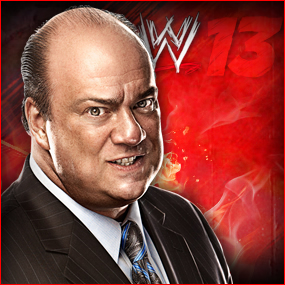 It was wall-to-wall media in Midtown Manhattan as our own Hustler De Tuti Hustlers Paul Heyman was joined by RAW General Manager AJ Lee and the legendary Mick Foley to hype this year’s hottest video game release!

THQ Video Games previewed THE HIGHLY-ANTICIPATED WWE ’13 VIDEO GAME for members of the media on Wednesday, and our own Hustler De Tuti Hustlers Paul Heyman (who is credited as being The Creative Rabbi on the game) was joined by WWE Monday Night Raw General Manager AJ Lee and the legendary Mick Foley to participate in interviews with the press and hype up the game.

THQ also made headlines by announcing details of the Downloadable Content Purchase Program and Fan Axxess Program for WWE ’13. The content offering, currently slated to include an extensive variety of playable WWE Superstars, Divas, “Attitude Era” luminaries and more, will be made available through XBox Live. “With a great variety of roster additions, along with fan-favorite offerings for customization and unlockable access, WWE ’13 delivers a comprehensive selection of downloadable content for the franchise,” said Sean Ratcliffe, Vice President, Global Brand Management, THQ. “In addition, the Fan Axxess Program delivers a great value proposition for those looking to have the ultimate WWE video game experience.”

The WWE ’13 downloadable content program is currently scheduled to include the following items: 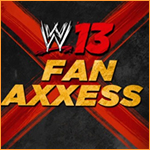 THQ also announced the ability to pre-purchase downloadable content at a reduced price point through the WWE ’13 Fan Axxess Program. For a one-time purchase cost of 1600 Microsoft Points for Xbox 360 or $19.99 USD via PlayStation Network, a savings of more than 10 percent versus individual content purchases, consumers will receive the following items:

Of course, we’re Hustle Tweeting about the WWE ’13 video game, as well as Paul, AJ, and Mick’s appearance, so please feel free to join the conversation by following THE HEYMAN HUSTLE on Twitter HERE or write to us directly at hustleoncrave@gmail.com  Hey, have you checked out the Hustle’s Ultra High Quality You Tube Channel, with exclusive videos featuring OUR WORLD EXCLUSIVE WITH MIKE TYSON … BROCK LESNAR’S “HERE COMES THE PAIN” … ICE-T AND COCO’s SEX SECRETS … TEEN SENSATION TAYLOR MOMSEN … UFC BAD BOY NICK DIAZ … THE WALKING RIOT MISSY HYATT if you’re not subscribing, you’re missing something … and by the ways cheapos, it’s FREE! Yes, absolutely 100 percent FREE! What are you waiting for? Check it out HERE!

CLICK ON THE PICS BELOW TO SEE THE ENTIRE GALLERY FEATURING OUR
OWN HUSTLER DE TUTI HUSTLERS PAUL HEYMAN, RAW GENERAL MANAGER
AJ LEE, AND THE LEGENDARY MICK FOLEY IN NEW YORK CITY FOR WWE ’13!