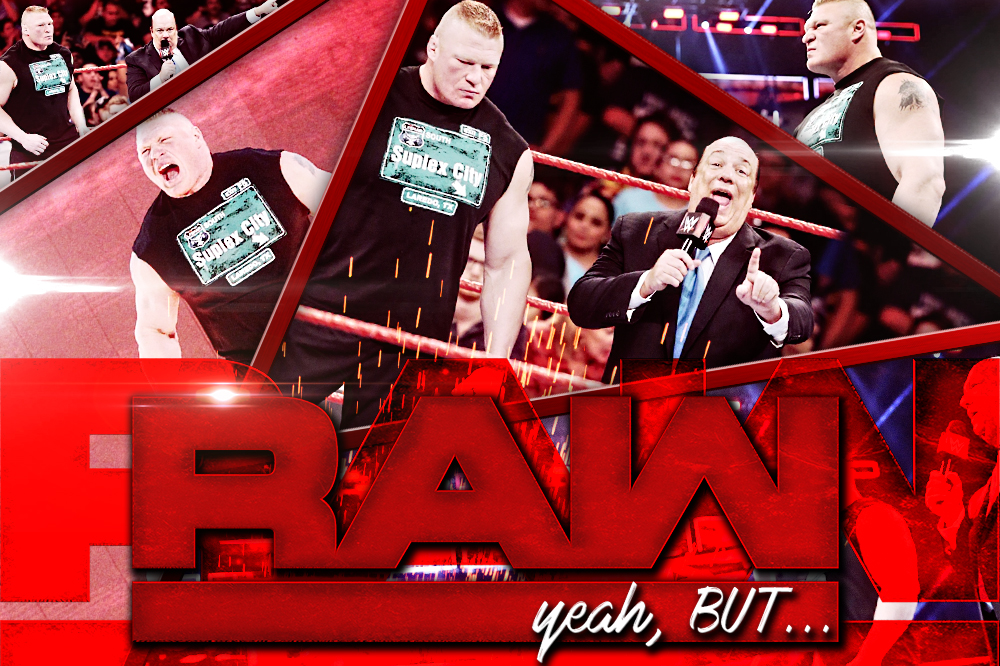 Brock Lesnar has challenged Goldberg to a match at WWE WrestleMania, as his Advocate (our boss) Paul Heyman delivered a promo that will go down in history as the “Yeah, But” promo. According to WWE.com:

Brock Lesnar is mad as hell and he’s not gonna take it anymore. After suffering his second straight trouncing at the hands of Goldberg — the former World Heavyweight Champion tossed The Beast from the Royal Rumble Match almost immediately after entering it — The Conqueror handed out a once-and-for-all challenge through his mouthpiece Paul Heyman: A match at WrestleMania to settle the score and, most importantly, reverse the argument that Goldberg is the “Yeah, but …” asterisk on the monstrous legacy of Lesnar’s dominance.

We’re HustleTweeting about Brock Lesnar vs Goldberg at WWE WrestleMania, and you’re more than welcome to join the conversation on the Hustle Twitter HERE and also on our hyper-interactive Facebook page HERE!