You Talkin' To De Niro? 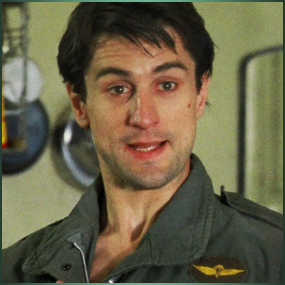 As the media previews “The Intern” with Robert De Niro and Anne Hathaway, a new controversy breaks out over a “condescending” interview!

“You talkin’ to me?”
Robert De Niro got pissed off during an interview that took place as part of the media junket for his new movie “The Intern” with Anne Hathaway, and now everyone’s talkin’ about the 72 year old actor! Radio Times reporter Emma Brockes claims that she asked De Niro about two topics that seemingly sent the legendary thespian into a rage. She reportedly asked him about the TriBeca neighborhood in Manhattan, where De Niro co-founded the film festival that led to the neighborhood becoming one of NYC’s most expensive and prestigious. Brockes admits she asked De Niro about the neighborhood becoming overrun by bankers. And then she asked if the Academy Award winning actor ever gets into “autopilot” while on a movie set.

De Niro then reportedly poked his head out of the door, looking for someone, perhaps a publicist, to take him to his next interview. Of course, we’re HustleTweeting about Robert De Niro, and you’re more than welcome to join the conversation by following the Hustle on Twitter HERE or write to us directly at hustleoncrave@gmail.com Hey, have you checked out the Hustle’s Ultra High Quality You Tube Channel, with exclusive videos featuring the #HUSTLEBOOTYTEMPTATS SUPERMODEL OF THE YEAR … OUR WORLD EXCLUSIVE WITH MIKE TYSON … BROCK LESNAR’S “HERE COMES THE PAIN” … ICE-T AND COCO’s SEX SECRETS … MMA BAD BOY NICK DIAZ … the list goes on and on, so if you’re not subscribing, you’re missing something … and by the ways cheapos, it’s FREE! Yes, absolutely 100 percent FREE! What are you waiting for? Check it out HERE