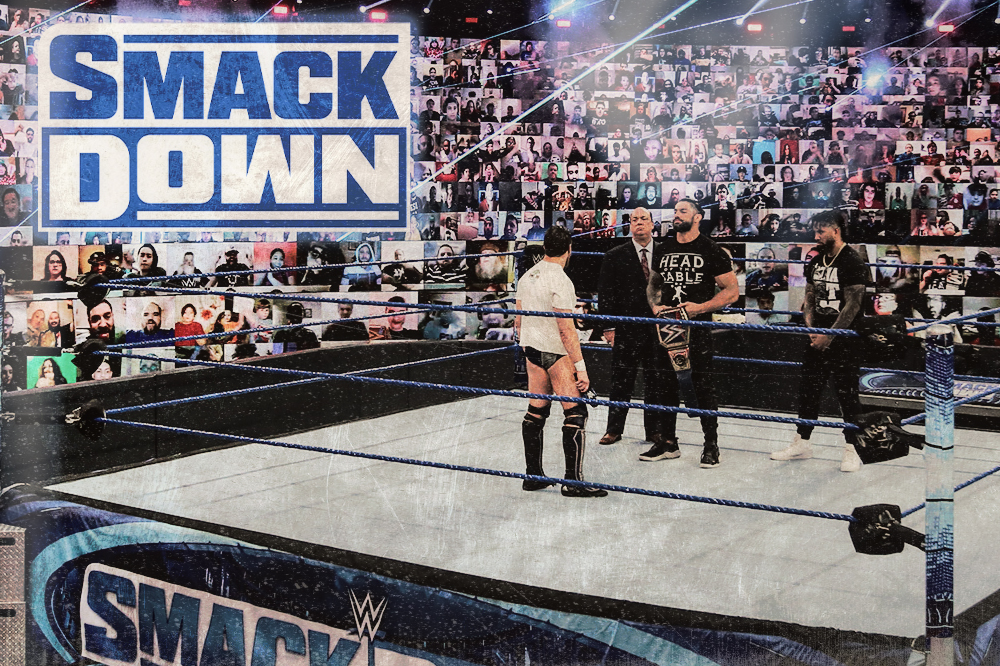 As we close in on WrestleMania (and WWE Fastlane), the tension continues to grow between WWE Universal Heavyweight Champion Roman Reigns and Daniel Bryan. With our boss (and his #Special Counsel) Paul Heyman and his own cousin Jey Uso in tow, Reigns confronted Bryan on Smackdown. According to WWE.com:

A determined Daniel Bryan kicked off SmackDown by making it clear that he will no longer be the “old” Daniel Bryan. He said that after Elimination Chamber, he felt like a failure for putting himself on the back burner for so long, and he was now determined to prove that he was the absolute best by making sure “Reigns vs. Edge” never happens at WrestleMania.

He was soon interrupted by Roman Reigns, Jey Uso and Special Council Paul Heyman. The Big Dog said Bryan would lose to Uso and realize that he “needs” Reigns and will therefore acknowledge him as The Head of the Table. When Uso attempted to deliver a sneak attack to Bryan as he did last week, though, Bryan stopped him in his tracks and sent him flying out of the ring.