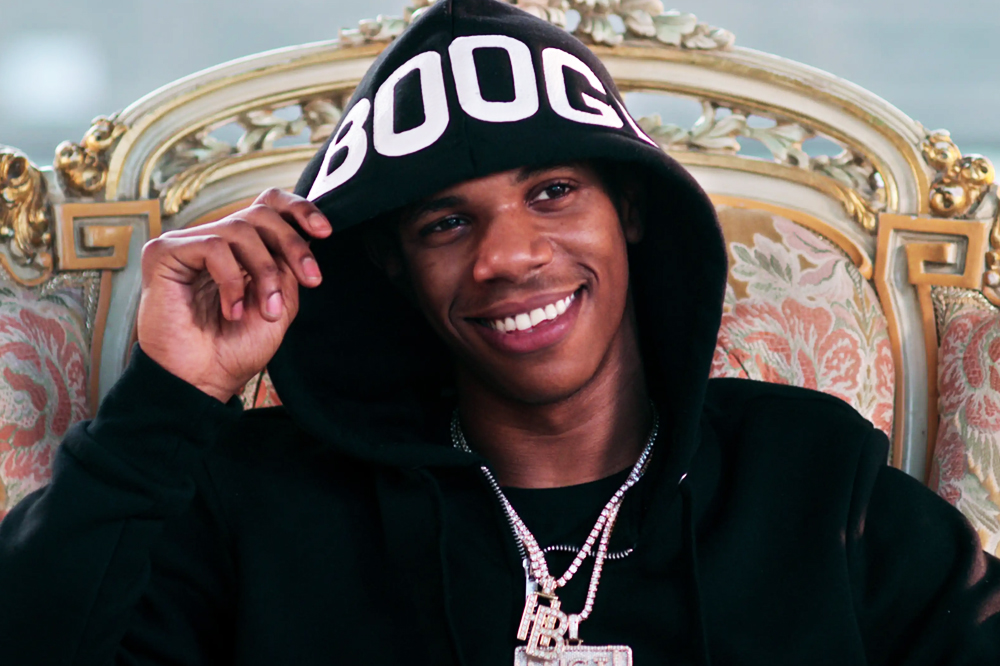 Artist Julius Dubose‘s upbringing was not easy. As a young man in the Bronx, he was influenced by hip hop, which originated in the New York City borough. Known as A Boogie wit da Hoodie (and sometimes just as A Boogie), his debut studio album, The Bigger Artist was released on September 29, 2017, and debuted at number four on the Billboard 200 chart. Capitalizing on the success of the album and the sensational worldwide popularity of the single “Drowning” he just released a second studio album, Hoodie SZN on December 21 (2018).

In a recent interview with Forbes, the hottest young rapper in the game discussed how fame has completely changed his life. “One day, walking through the Bronx streets, I just realized that people were stopping me, taking pictures and noticing me from across the street,” he said. “I can’t even use public transportation anymore, so I kind of stopped going places and started going straight to the studio, going home and telling people I can’t go anywhere anymore. People never really understood either, I started going out with my friends and there would be people coming up to me like Yo, are you A Boogie? I realized that wasn’t safe at the same time because, in the beginning, I was still in the streets. I’m like everybody knows who I am and I don’t know who the fuck they are, that shit can be weird for me at the end of the day.”

The interview with Forbes was conducted at the swanky boutique Downtown NYC hotel The Dominick, which used to be known as the Trump SoHo. Talking about his goals as an artist, he noted, “I want people to really recognize that this is what I am naturally good at, I’m really good at making music and describing your feelings vicariously through my experiences, through my past and my future. I want people to relate to me in multiple ways and be versatile in my music.”

“Hip-hop originated from the Bronx specifically, that means everything. I’m down the block from where hip-hop was born and raised so I’m glad I am here and I’m able to represent New York the way I am,” he said.

Opening up to Forbes, he openly talked about his daughter Melody, who was born in February, 2017 as a result of the relationship between A Boogie and social media influencer Ella Bands.

“This is the most fun thing in the world to me, making music. Sitting down, I can make songs and not leave the booth ever and I love it,” he exclaimed. “The only thing about your job being what you love to do is the quality time that you can’t spend during the time you are working. I’m just thinking about my daughter, just not being able to see my daughter all the time and the places I am are not the places for her so I can’t just take her everywhere with me. That takes something out of me. I have to do a better job balancing that with my mom, my dad, everybody, my whole family, period. [My daughter] gave me a sweet spot for life in general. Life is more precious to me now, way more precious.”

A Boogie will be promoting his new album and then head to Australia, after which he returns to the USA for his “A Boogie vs Artist” tour as part of the Monster Energy Outbreak tour series.

We’re HustleTweeting about A Boogie, and you’re more than welcome to join the conversation on the Hustle Twitter HERE and also on our hyper-interactive Facebook page HERE!