A Narrow Escape From the JAWS of Death 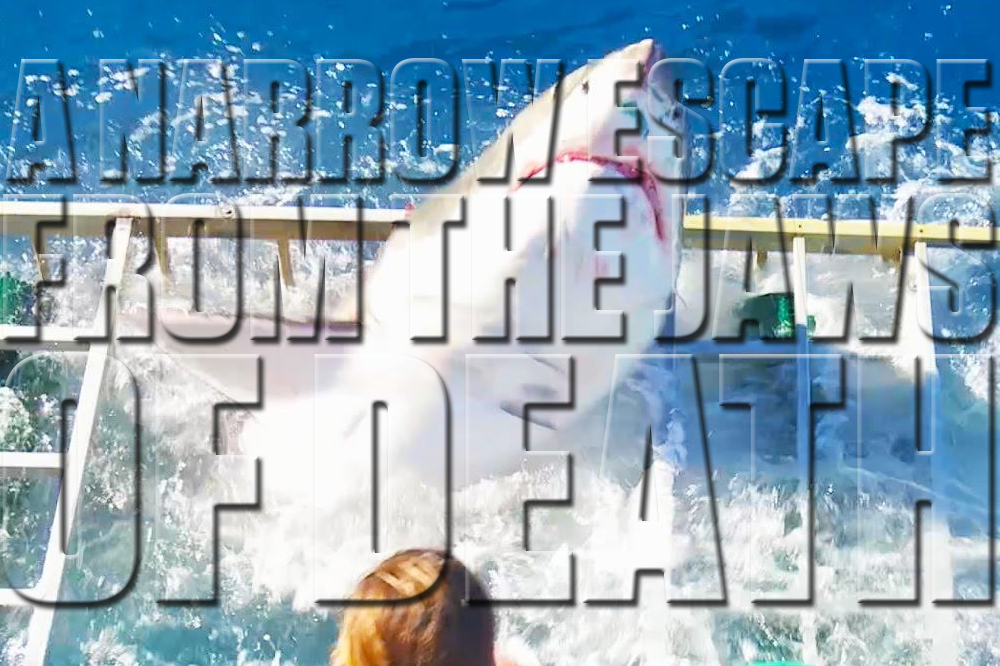 A video on YouTube is perhaps the scariest thing of this Halloween season, and it’s one hundred percent real. The video shows a great white shark breaking through a diving cage and entering through the side. The Jaws-like shark breaches the “shark cage” as everyone tries to ascertain if anyone is still in the cage.

“He ended up outside the bottom of the cage, looking down on two great white sharks,” according to the caption. “The diver is a very experienced dive instructor, remained calm, and when the shark thrashed back outside the cage, the diver calmly swam back up and climbed out completely uninjured.”

The crew of the shark cage diving expedition uses large hunks of tuna tied to a rope to lure the sharks to the cages, according to the post.

“When a great white shark lunges and bites something, it is temporarily blinded,” according to the post. “They also cannot swim backward. So this shark lunged at the bait, accidentally hit the side of the cage, was most likely confused and not able to swim backward, it thrust forward and broke the metal rail of the cage.”

The shark was able to swim away after a few seconds and the diver emerged from the cage unscathed. We’re HustleTweeting about this shark incident, and you’re more than welcome to join the conversation by following the Hustle on Twitter HERE or by hitting LIKE on our hyper-interactive Facebook page HERE!