A Special Tribute to The Angry Grandpa 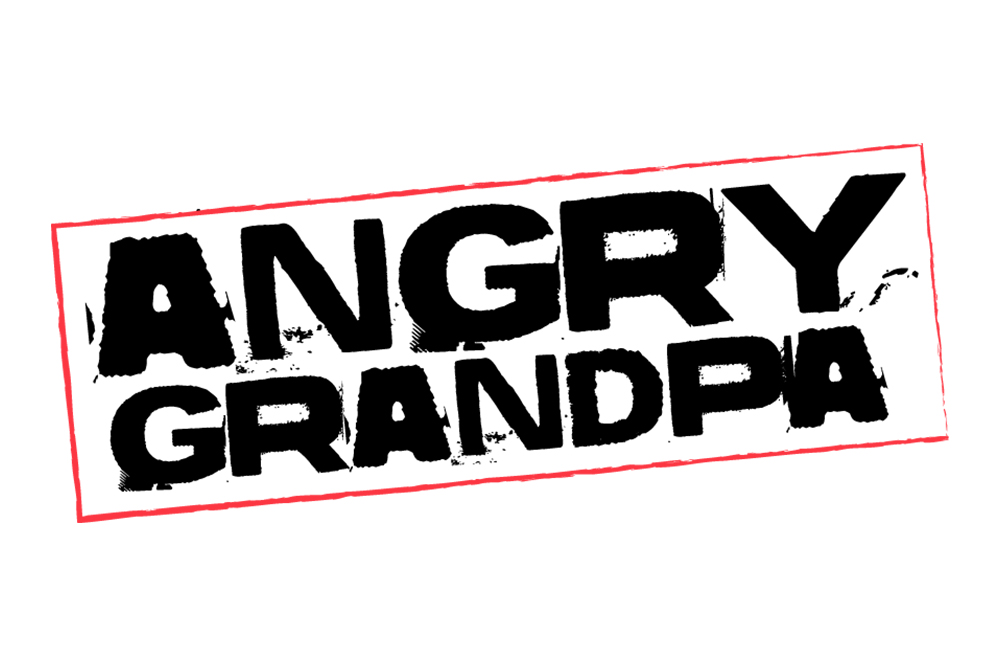 Note from the staff of The Heyman Hustle and The Looking4Larry Agency: We join Michael “24/7” Green and Bridgette West in mourning the loss of Charles “Angry Grandpa” Green. Michael Green was the original web designer and developer who helped launched this website, and his work in the past few years as “Kid Behind a Camera” and “Pickleboy” has garnered well-deserved international acclaim. Michael wrote about the loss of his father on The Angry Grandpa’s Facebook page, and we are reposting it here.

It was Christmas morning 2007.

I was spending the day filming videos of my nephews opening their presents in a ratty little trailer that we could barely afford the rent on and my father was stuck in traffic. He finally showed up at the trailer 45 minutes late and missed everything. What followed was a video that would change all of our lives forever.

Angry Grandpa Ruins Christmas surpassed over a million views in under 24 hours and virtually overnight my father became an internet celebrity.

Since then we have reached nearly 2 billion views on our YouTube channels and gained a legion of fans that took my father from a nearly paralyzed 57 year old man to a life that neither of us believed was possible.

Before this we had nothing but a trailer we didn’t own and a bunch of debt that we’d never be able to pay off but somehow all of that changed and it’s thanks to all of you that watched our videos and showed endless amounts of love and appreciation.

A few years ago I bought my father a house.

For the first time in 65 years he was able to spend his money on whatever he wanted and not sink it into rent.

Last year I bought him the dream car he lost so many years ago and he was so proud of it. He drove it around as often as he could because he wanted to show it off to the world. Now that car is sitting in the driveway of his home with nobody to drive it.

I’m sitting in a home that he helped me buy and I am just thinking how I’d give it back to the bank if I could just have one more conversation with him. One more ride in the ’55 to talk about whatever.

Dad, I’m going to miss you so much.

Since I was 6 years old I spent as much time with my father as I could because from an early age I understood that life had an expiration date.

I didn’t want that day to come and have regrets that I wasn’t able to do everything I could for both of my parents.

Through that love and kinship I was able to dip my hands in many different business opportunities and fails that no matter how ridiculous they sounded we gave it a shot anyways. Like his clownagram business.

I was just 14 and dad came up with the idea to dress us up as clowns and deliver bouquets of candy apples to local businesses. Needless to say it was a flop. I looked less like fatty foe the clown and more like John Wayne Gacy.

Seriously, it was a total disaster.

But not every business ended in total failure.

Most of them did.

The past 10 years I was able to spend nearly every day with my father thanks to my job with Paul Heyman and our YouTube channel. I was able to work with him and watch him turn his life around, watch him suddenly have a purpose he never had before, a reason to live that nobody thought we could have.

We broke a lot of televisions.

We threw away a lot of food.

But the most important thing you all gave my father was a reason to wake up in the morning and for that, I thank you.

I thank you for watching him continuously in a time where most people’s time on the internet fades out before it really even begins.

To know that from the day he started until the day he died, he had a fanbase that never faltered, never faded away and never stopped tuning in to see what he did next. He never had to see them turn away.

But the ones that stayed meant ever more to us because those are the people that you can count on and now I turn to those same people to hold me up when I feel like falling down.

I need you now.

I love you guys as much as Grandpa did and I am so thankful that you gave my father a purpose. Though he’s gone, he’ll never really die thanks to all of you. His spirit lives on through youtube, facebook, twitter and the hearts of millions of people effected by him.

He’ll never get to meet my child but I’ll be able to pull up a video one day and say “That was your Grandpa. This is what we did.”

Thank you so much dad.

You gave me everything.

I hope I make you proud.

We’re HustleTweeting about The Angry Grandpa, and you’re more than welcome to join the conversation on the Hustle Twitter HERE and also on our hyper-interactive Facebook page HERE!