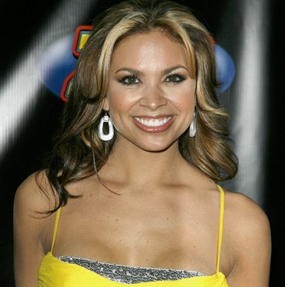 Z-100 New York’s Carolina Bermudez Speaks To An Audience of Devout Followers … And She’s About To Increase The Power of Her Voice To The Umpth Degree!

New York radio changed forever on January 17, 2005 when Elvis Duran and The Morning Show welcomed the Ohio-born beauty of Nicaraguan descent, Carolina Bermudez into the fold. Immediately, the audience of the already-uber-popular show exploded, thanks to the entertaining but no-nonsense interview style Bermudez brought to the program.

"She’s the best host, male or female, to come along in the past decade," wrote Doug West of the show business/celebrity journal POPWRECKED, "she takes the best of the best of Oprah’s ability to disarm and couples it with Barbara Walters’ intelligence and Ricki Lake’s girl of the people personality. As influenced as she is by these icons, she has a unique delivery and persona all her own."

As awesome of a review as that may be, we here at THE HEYMAN HUSTLE think it may be understated. In the number one market in the free world, Carolina stands hands and shoulders above the rest. From her legendary interview with Madonna to the way she holds her own on the Z-100 Morning Show. Carolina Bermudez has become one of the most popular radio personalities in New York history, and the best is yet to come!

Our HustleTweeters have been going crazy, because Carolina is in the running to guest host Regis and Kelly, and we think there’s no one better suited for the job! Vote for Carolina HERE and let’s watch Regis have a freakin’ heart attack when he realizes Kelly may be a handful, but Carolina brings da noise!

Don’t forget to join the conversation with our HustleTweeters, and help spread the word! You can follow the Hustle on Twitter HERE, and you can check out All Things Carolina on Twitter HERE