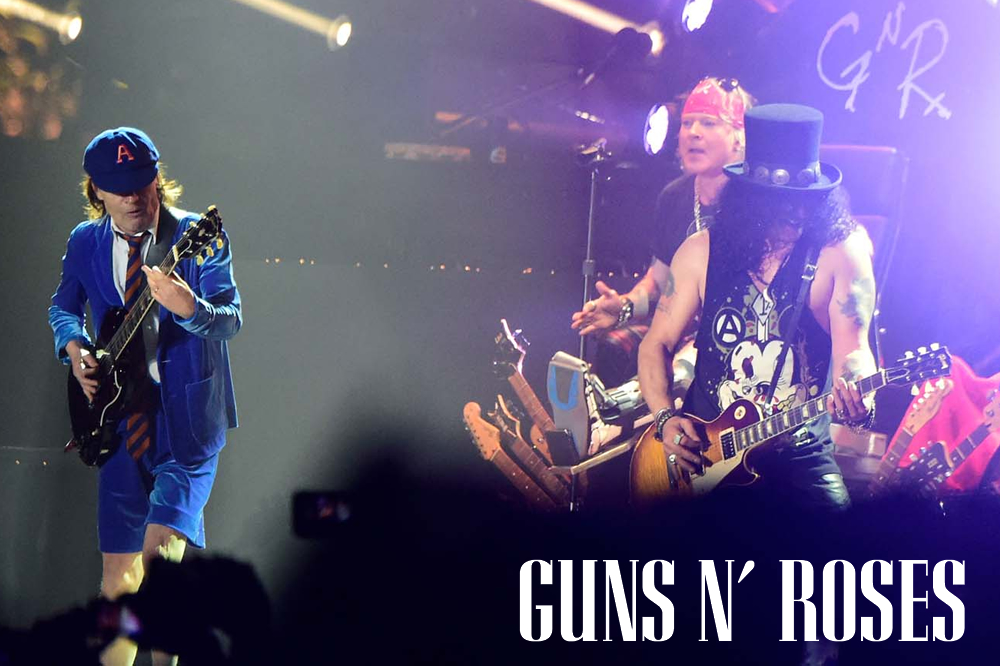 AXL / DC tears down the house!

Just a few short hours after AC/DC ANNOUNCED GUNS N’ ROSES LEAD SINGER AXL ROSE WILL STEP IN AS LEAD VOCALIST,AC/DC founding member Angus Young joined Guns N’ Roses on stage at Coachella, giving the world a small sampling of what the Axl-leadAC/DC will sound like this summer.

And it’s pretty freakin’ awesome!
“Since I can’t run around for you, we’re gonna bring out a friend, put a little life into things for us,” Axl who’s still confined to Dave Grohl‘s throne due to a broken foot, told the rabid crowd audience before bringing Angus out on stage. With the AC/DC guitarist rocking with GNRoriginals Slash and Duff McKagan, the super-group performed “Whole Lotta Rosie” and “Riff Raff,” a pair of early AC/DC cuts that were once live staples for GNR.

Of course, we’re HustleTweeting about Axl / DC, and you’re more than welcome to join the conversation by following THE HEYMAN HUSTLE TWITTER PAGE. You can also write to us directly at hustleoncrave@gmail.com. Hey, have you checked out the Hustle’s Ultra High Quality YouTube Channel, with exclusive videos featuring Backstage with Brock Lesnar and Paul Heyman… The Footage “They” Never Wanted You To See … UFC Bad Boy Nick Diaz’s Wildest Video Ever … Behind The Scenes at WrestleMania … ICE-T and Coco’s Sex Secrets … the list goes on and on, so if you’re not subscribing, you’re missing something … and by the ways cheapos, it’s FREE! Yes, absolutely 100 percent FREE! What are you waiting for? Check it out HERE!

In this article:Guns N Roses 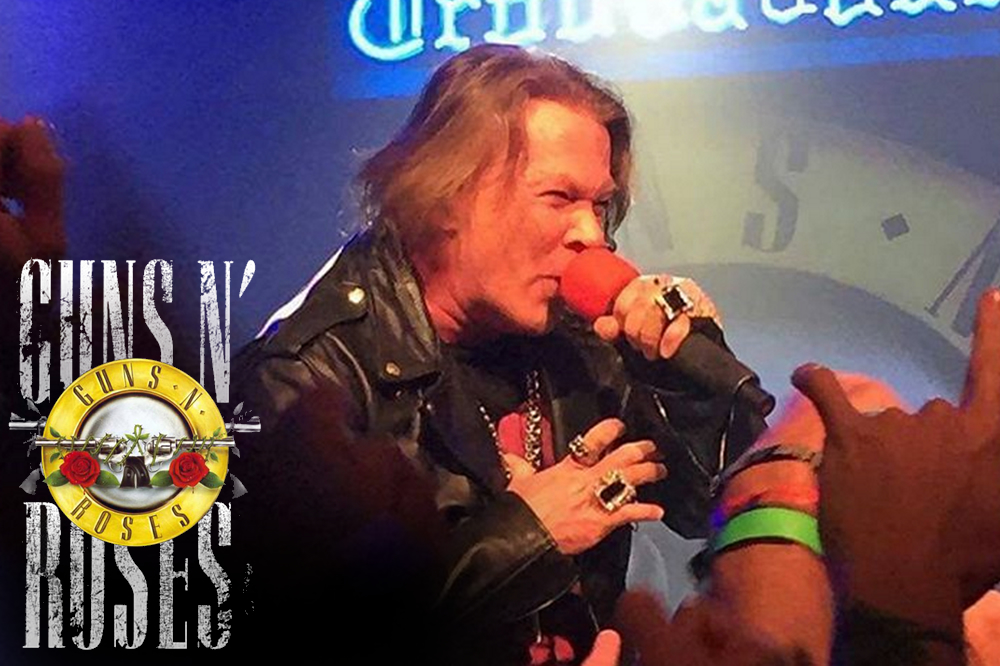 Check out the video from their spur-of-the-moment concert at the Troubadour in Los Angeles! The Guns N Roses reunion may implode at any moment,... 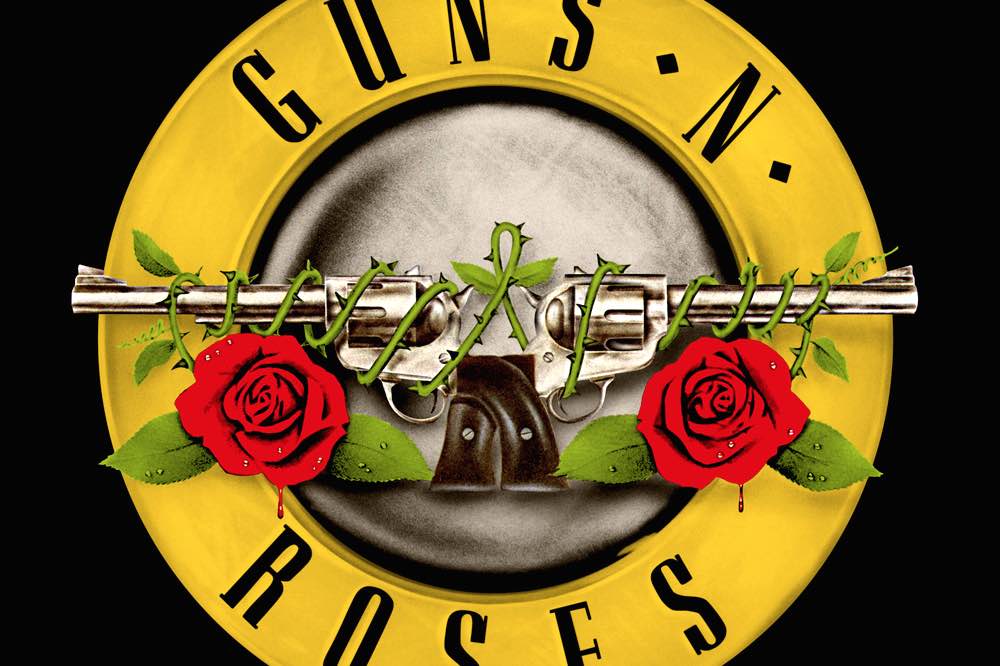 Axl, Slash and Duff Will Reunite in Las Vegas! Guns N’ Roses will reunite on April 8th and 9th at the T-Mobile Arena, the...