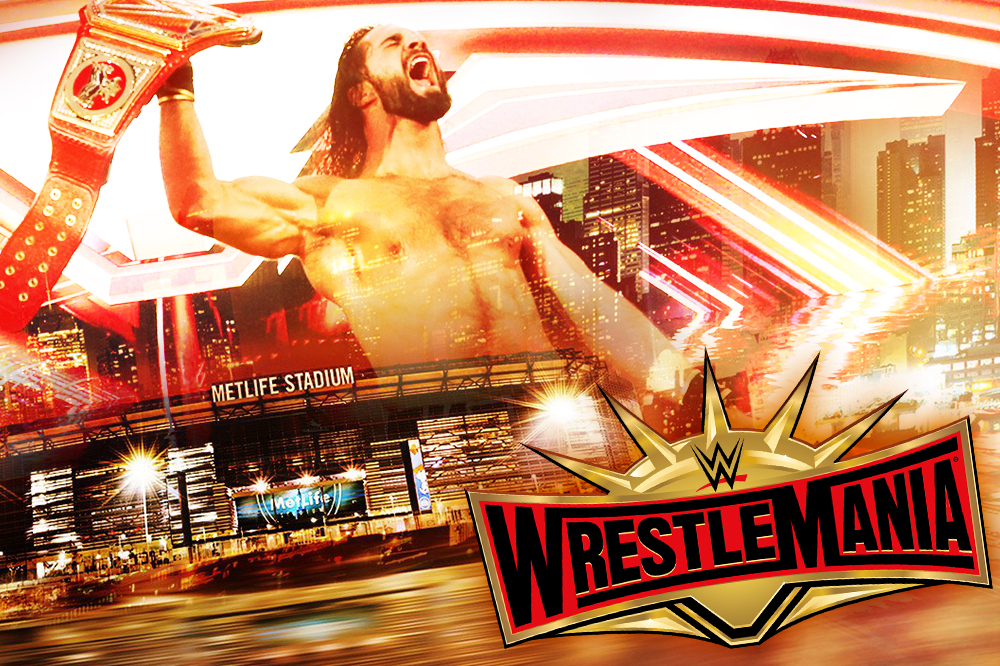 Seth Rollins is the new WWE Universal Heavyweight Champion, by virtue of his shocking victory over Brock Lesnar in a fast and furious fight that actually opened up WrestleMania 35! According to WWE.com:

The Beast has been slayed. With the WWE Universe firmly in his corner, Seth Rollins defeated Brock Lesnar to claim the Universal Championship, completing his quest to bring the coveted title home to Monday Night Raw.

Following Alexa Bliss’ WrestleMania surprise in the form of WWE Hall of Famer Hulk Hogan, Paul Heyman had a Show of Shows shocker of his own: Since Lesnar wasn’t in the main event, he arranged to have the Universal Championship Match kick off the night. This rescheduling would not only hasten Lesnar’s departure from MetLife Stadium but throw The Architect off his game.

Intent on mauling Rollins as quickly as possible, The Beast lunged at The Architect outside the ring before the match began, delivering an F-5 onto the floor and throwing Rollins around like a rag doll, turning the challenger’s back several shades of purple.

Once the match was officially underway, Lesnar continued the barrage, cornering Rollins with knee and shoulder strikes in the corner, then folding him up with a punishing trio of German suplexes. However, when the referee was knocked out of the ring and momentarily incapacitated, the savvy Architect capitalized with a savage low blow that stopped The Beast in his tracks. Repaying Lesnar for each of his German suplexes, Rollins landed three Stomps that slayed The Beast and brought the Universal Championship home to Monday Night Raw.

Since winning the 2019 Men’s Royal Rumble Match, The Architect made clear his intention to burn Suplex City to the ground on The Grandest Stage of Them All. At WrestleMania, the newly anointed Kingslayer reduced The Beast Incarnate’s lair to cinders, and the elated WrestleMania crowd danced on the ashes.