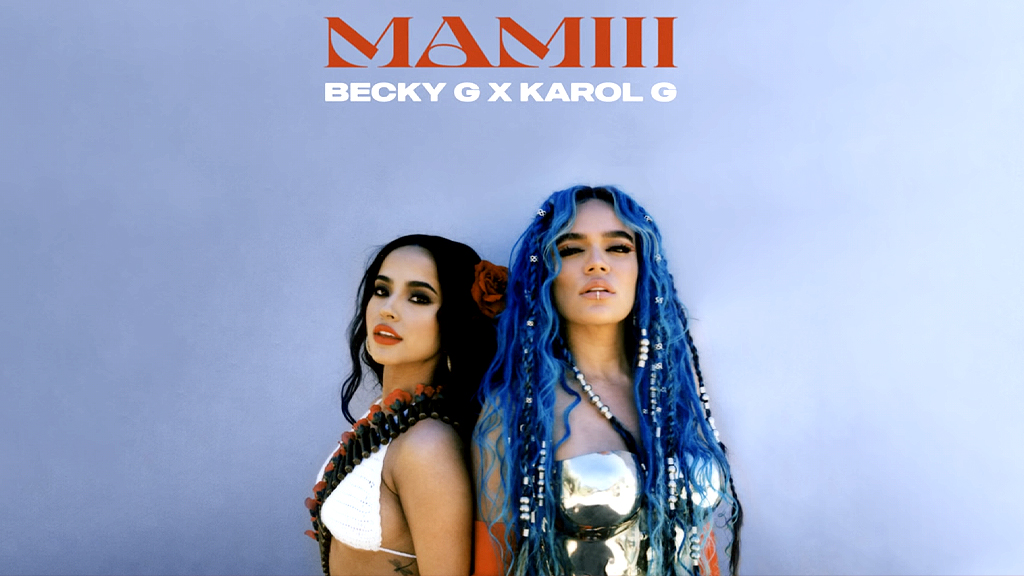 The music world better brace. There’s a wild storm of female empowerment heading to the top of the charts!

According to Rolling Stone:

The Gs have united: After lots of anticipation, Becky G and Karol G just dropped “Mamiii,” an empowered collaboration that feels like the two of them teaming up to celebrate each other — while flashing a giant middle finger at any man who’s ever crossed them.

Produced by the prolific Ovy on the Drums, the track opens up with the twang of Mexican-style guitars and a few gritos (screams) before a reggaeton beat kicks in. Becky G kicks the song off with a verse about shaking off a guy who’s broken her heart. Karol G, who ended her high-profile relationship with the rapper Anuel AA last year, swoops in with tons of attitude, singing, “Pa’ la mierda y nunca vuelvas” (“Go to hell and never come back). In a later verse, she lands a brutal line: “You’re devouring someone else, but you’re still thinking of me.”

“I’ve always said that ‘juntas, somos mas (together, we’re stronger),’” Becky G said in a statement. “When women unite and work together, we’re able to create a meaningful and lasting impact. Karol G and I had been waiting for this moment for a while, but we knew the song had to be perfect and represent both of our spirits and hearts.”

She added: “I am so glad that we were finally able to record ‘Mamiii’ and bring our fans something I know they’ve wanted for a while. The Gs together is an exciting moment for everyone, and I’m glad I can share this moment with my friend and someone I truly admire.”

Both singers stayed busy in 2021: Becky G shared hits like “Bella Ciao” with fans, and joined forces with Christina Aguilera, Nicki Nicole and Nathy Peluso on “Pa Mis Muchachas,” another empowered anthem. Karol G released her album KG0516 and launched a tour that included a homecoming show in Medellín, where she became the first female reggaeton artist to perform at Colombia’s beloved Estadio Atanasio Giradot.

We’re HustleTweeting about Becky G & Karol G, and you’re more than welcome to join the conversation on the Hustle Twitter HERE … on our ridiculously sensational Instagram HERE … or on our Facebook page HERE!