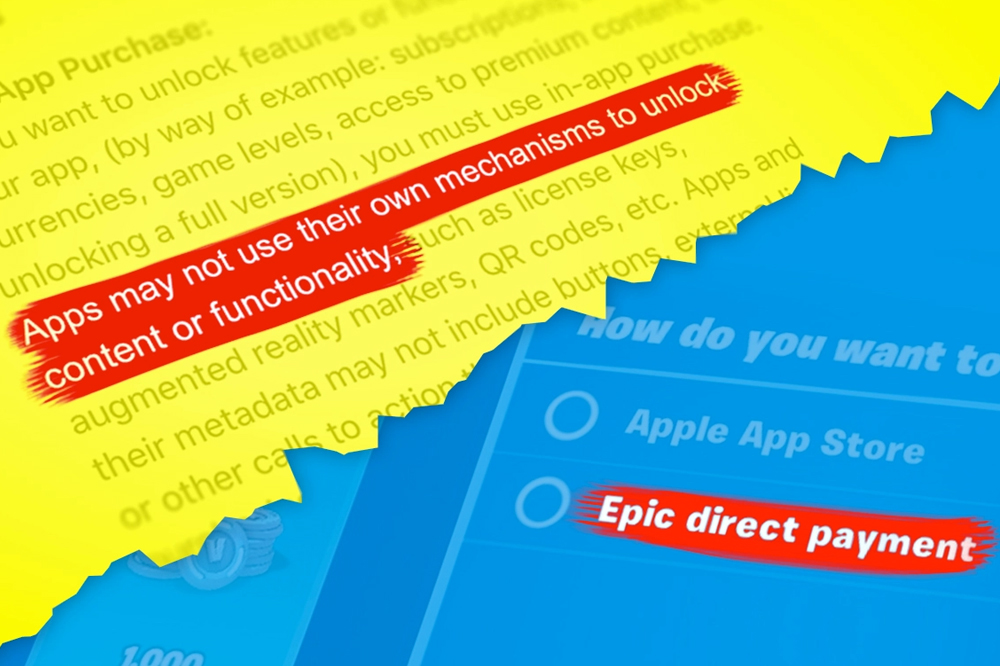 In what is going to be considered one of its most controversial moves of 2020, Apple just removed Epic Games’ battle royale Fortnite from the App Store after the developer on Thursday implemented its own in-app payment system that bypassed Apple’s standard 30 percent fee.

According to The Verge:

The decision marks a significant escalation in the feud between Epic and one of the world’s most dominant mobile software marketplaces. It also comes at an especially fraught time for Apple as the iPhone maker navigates antitrust concerns over its operation of the App Store and the rules it imposes on certain developers. Epic implemented its own payment system in the Android version of Fortnite as well, but Google has yet to take any form of action and the company did not immediately respond to a request for comment.

Apple said in a statement to The Verge that it plans to work with Epic to “resolve these violations” but that it has no intention to create a “special arrangement” for the company. Here’s the company’s statement in full:

Today, Epic Games took the unfortunate step of violating the App Store guidelines that are applied equally to every developer and designed to keep the store safe for our users. As a result their Fortnite app has been removed from the store. Epic enabled a feature in its app which was not reviewed or approved by Apple, and they did so with the express intent of violating the App Store guidelines regarding in-app payments that apply to every developer who sells digital goods or services.

Epic has had apps on the App Store for a decade, and have benefited from the App Store ecosystem – including its tools, testing, and distribution that Apple provides to all developers. Epic agreed to the App Store terms and guidelines freely and we’re glad they’ve built such a successful business on the App Store. The fact that their business interests now lead them to push for a special arrangement does not change the fact that these guidelines create a level playing field for all developers and make the store safe for all users. We will make every effort to work with Epic to resolve these violations so they can return Fortnite to the App Store.

Epic’s approach seems designed to provoke Apple into a response, as the Fortnite studio explicitly laid out in its new iOS update how using Epic’s in-app payment system would result in cheaper prices. For instance, 1,000 V-bucks, which is roughly equivalent to $10 in-game Fortnite currency, now costs just $7.99 if you use Epic direct payment instead of the standard Apple payment processing. Normally, that amount of currency costs $9.99. Epic says, in this case, customers keep the extra savings, not the company. That cast the new arrangement as a pro-consumer move instead of a greedy power play.

As of right now, those who have already downloaded Fortnite on iOS are still able to access the game; only new downloads are disabled as a result of Apple pulling the game from the App Store. You can even still use Epic’s in-app payment system, according to The Washington Post’s Gene Park, who used both Apple and Epic payment systems to purchase v-bucks. It is unclear how updates to Fortnite will function — some users who have the game downloaded but have not opened it a while are reporting that update files are still; downloading normally — but it seems plausible Epic would have to get the game reinstated in the App Store to push substantial future changes to the iOS version.

Epic CEO Tim Sweeney has long complained that mobile app stores no longer justify the 30 percent cut they take from all developers, and he’s called for substantial changes to how companies like Apple and Google conduct business with third-party developers. “It’s time for change,” Sweeney told The Verge in 2018. “Apple, Google, and Android manufacturers make vast, vast profits from the sale of their devices and do not in any way justify the 30 percent cut.” Epic launched a game store on PC in which it takes only 12 percent of revenue as a way to try to encourage a similar change in competitor Valve’s Steam marketplace.

The debate is larger than just the 30 percent cut. Apple is facing heightened criticism these days over how it not only manages the App Store and its mandatory fees, but also for how it applies its guidelines in ways some developers and critics feel is unfair and may in fact be designed to benefit Apple over its competitors.

For instance, Apple recently gave Amazon an exemption to the 30 percent fee when selling TV show and movie rentals through its Prime Video app, something the company says is only allowed for certain streaming video platforms. Additionally, court documents released during the Big Tech antitrust hearing last month revealed Apple cut a special deal with Amazon in 2016 to lower the fees it takes on Prime Video subscriptions from 30 percent down to 15 percent to get Amazon’s app on the App Store.

Meanwhile, four years later, Apple just laid out why it will never approve cloud gaming apps and game subscription services like Microsoft’s xCloud and Xbox Game Pass as well as Google Stadia. Apple’s justification for doing so — that it cannot individually review all of the games offered by cloud gaming platforms as it would standard iOS apps — provoked Sweeney to issue another harsh condemnation. “Apple has outlawed the metaverse,” he wrote on Twitter. “The principle they state, taken literally, would rule out all cross-platform ecosystems and games with user created modes: not just XCloud, Stadia, and GeForce NOW, but also Fortnite, Minecraft, and Roblox.”

Since Fortnite first arrived on mobile in 2018, the game has existed as a standard iOS app; Sweeney has openly said his company only did so because there is no other way to enter Apple’s closed ecosystem. That means Apple has taken 30 percent of all in-app purchases of Fortnite currency used to purchase its battle pass subscription service and the cosmetic skins, emotes, and other digital goods that make the battle royale one of the most lucrative entertainment properties on the planet. Fortnite earned Epic $2.4 billion in 2018 and $1.8 billion in 2019, helped in large part by its popularity across platforms, as players can use the same account across iOS, Nintendo Switch, PS4, Xbox One, and PC.

Epic previously bypassed Google’s Play Store on Android by releasing Fortnite as a direct download through its own software launcher. But the studio eventually relented earlier this year after failing to appeal Google for an exemption of its similar 30 percent cut of all in-app purchases. “After 18 months of operating Fortnite on Android outside of the Google Play Store, we’ve come to a basic realization,” reads Epic’s statement. “Google puts software downloadable outside of Google Play at a disadvantage.”

Epic’s statement at the time was transparent in its displeasure at how Google, and by extension Apple, treat third-party software that doesn’t abide by its rules. Epic also later joined Match Group, the parent company of Tinder and other dating apps, in issuing statements of support for two ongoing antitrust investigations into Apple conducted by the European Union, launched only after Spotify and other app makers protested App Store policies they say unfairly punish Apple competitors.

We’re monitoring this story from several different angles, and will continue to bring you the most up-to-the-minute details on this developing story. We’re also HustleTweeting about Apple vs Fortnite, and you’re more than welcome to join the conversation on the Hustle Twitter HERE … on our ridiculously sensational Instagram HERE … or on our Facebook page HERE!