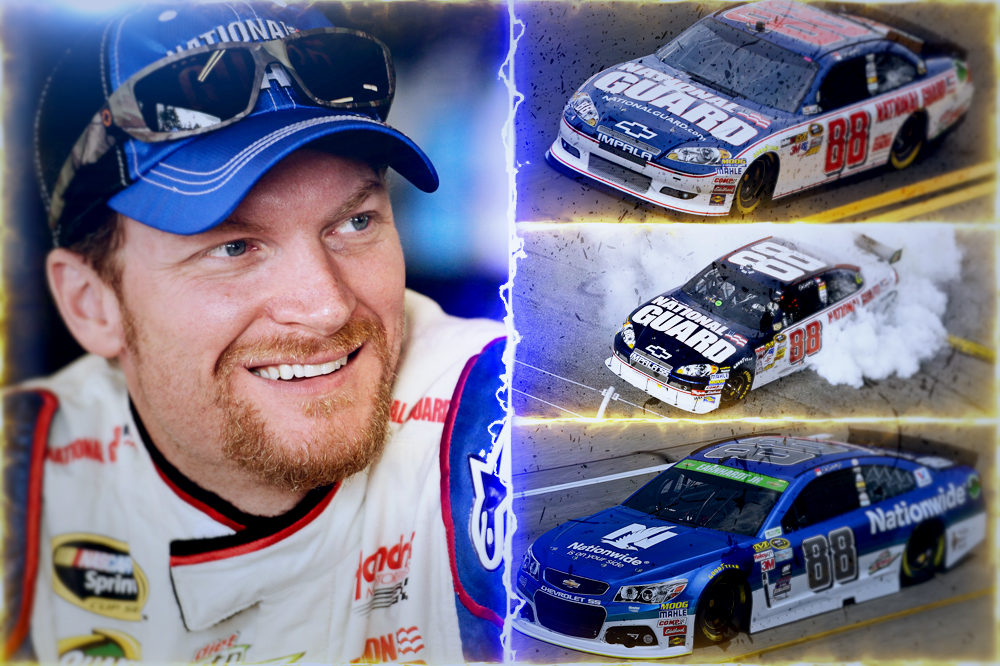 Multiple sources have confirmed to The Heyman Hustle that Dale Earnhardt Jr will retire following the 2017 NASCAR season. The 14-time “Most Popular Driver” has won 26 times in 603 starts over a career that began at age 24 in 1999. Among his accomplishments are two Daytona 500 crowns (2004, 2014) and two championships (1998, 1999) in what is now called the NASCAR XFINITY Series.

According to NASCAR.com, Earnhardt, 42, returned to competition in the No. 88 Chevrolet this year after a concussion sidelined him from NASCAR‘s top series for half of the 2016 season. Through his rehabilitation process, Earnhardt has become a vocal advocate for research of sports-related brain injuries.Earnhardt’s best finish in eight starts this season was fifth place at Texas Motor Speedway on April 9. He currently is ranked 24th in the Monster Energy NASCAR Cup Series standings.

The Heyman Hustle will have more on the impending retirement of Dale Earnhardt Jr … including EXCLUSIVE updates on what could possibly be one of Earnhardt’s last hurrahs in the NASCAR world, the Federated Auto Parts 400 at the Richmond International Raceway on Saturday, September 9th. Special VIP packages are available, so CLICK HERE for special insider deals on tickets to this historic event, which may have just gotten a whole lot more historic.

We’re HustleTweeting about Dale Earnhardt Jr, and you’re more than welcome to join the conversation on the Hustle Twitter HERE and also on our hyper-interactive Facebook page HERE!