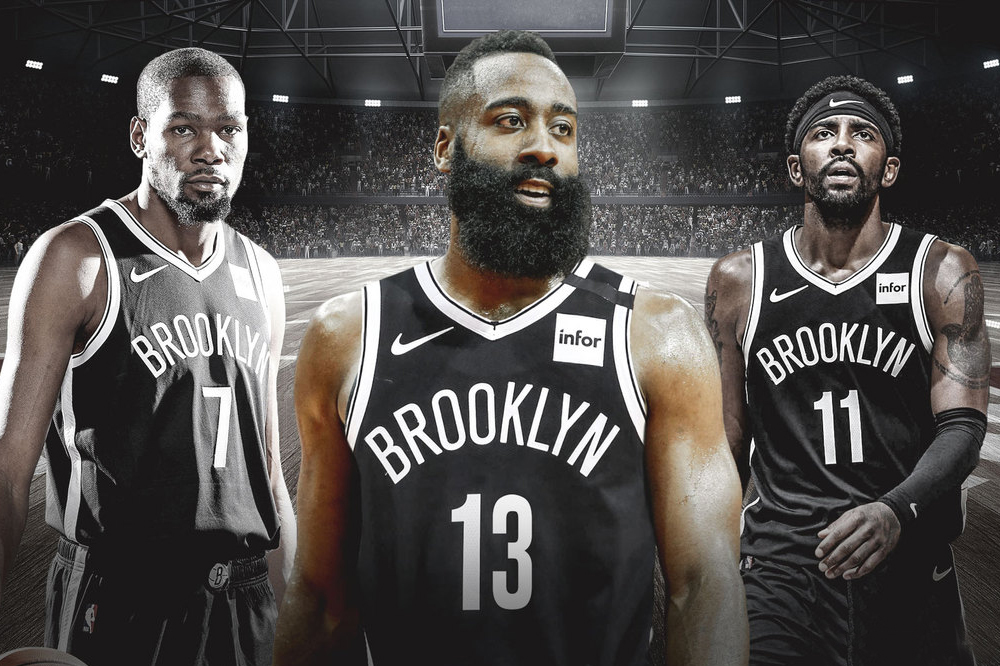 James Harden has officially been traded to the Brooklyn Nets.

The 31-year-old point guard will join Kevin Durant and Kyrie Irving in a trade that also sends Caris LeVert to the Indiana Pacers, Jarrett Allen to the Cleveland Cavaliers, Victor Oladipo to the Houston Rockets and a variety of draft picks changing hands.

The Houston Rockets traded former MVP James Harden to the Brooklyn Nets on Wednesday, according to ESPN’s Adrian Wojnarowski and Ramona Shelburne.

According to multiple reports, the Rockets will receive Rodions Kurucs and Brooklyn’s unprotected first-round picks in 2022, 2024 and 2026 in the deal as well as the right to swap first-round picks with Brooklyn in 2021, 2023, 2025 and 2027. The Rockets have also acquired Victor Oladipo from the Indiana Pacers and Dante Exum from the Cavaliers.

The Pacers are receiving Caris LeVert and a second-round pick from the Nets while Brookyln center Jarrett Allen and forward Taurean Prince will also reportedly head to Cleveland in Wednesday’s blockbuster trade.

Brooklyn is also receiving a 2024 second-round pick from the Cavaliers, according to ESPN.

Wednesday’s deal marks the end of a two-month saga in Houston after Harden reportedly requested a trade in November. The Rockets have limped out of the gate in a 3–6 start, losing to the Lakers 117–110 on Tuesday night.

Harden was visibly frustrated following the defeat, and he re-stated his trade request in a postgame press conference.

“We’re not even close, honestly, to [the Lakers]. …and all the other elite teams out there,” Harden said after the Rockets 17-point loss against Los Angeles on Tuesday. “I mean, you can tell the difference in these last two games. We’re just not good enough. Chemistry, talent wise, just everything. And it was clear these last two games.”

“I love this city. I literally have done everything that I can. …It’s something that I don’t think can be fixed.”

The Harden era in Houston ended in ugly fashion, but the 2017–18 MVP leaves the Rockets as one of the greatest players in franchise history.

Houston has reached the playoffs in each of the last eight seasons with Harden, coming one win away from the Finals in 2018. Harden is a seven-time All-NBA honoree and a three-time scoring champion, exiting Houston as the second-leading scorer in franchise history.

The Rockets will travel to San Antonio without Harden on Thursday as they look to avoid falling into the Western Conference cellar. Brooklyn could have Harden on the court as soon as Saturday as it hosts the Magic.

We’re HustleTweeting about James Harden, and you’re more than welcome to join the conversation on the Hustle Twitter HERE … on our ridiculously sensational Instagram HERE … or on our Facebook page HERE!