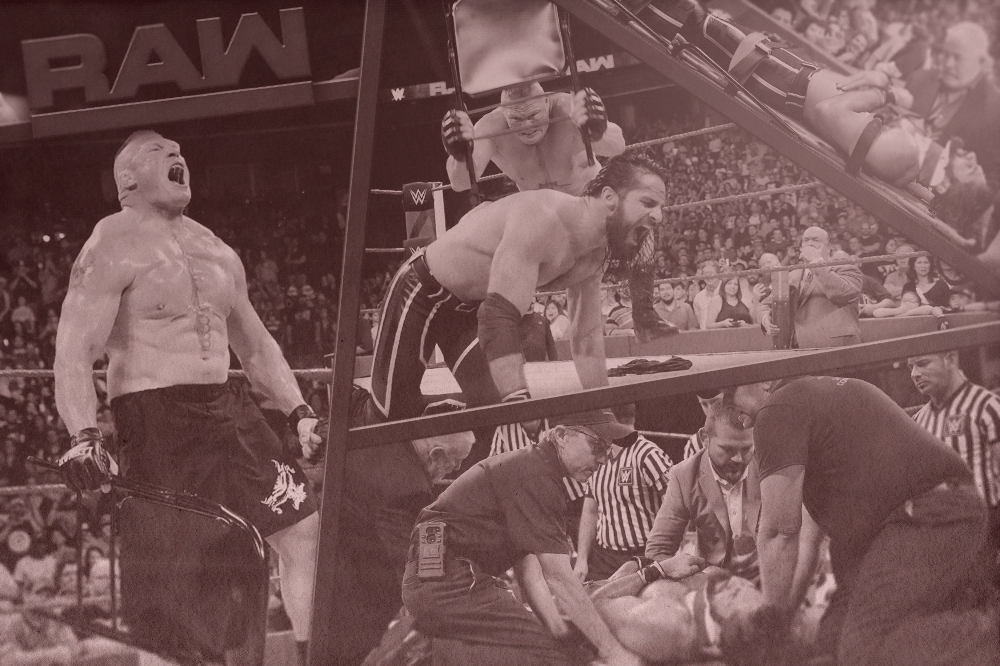 … but he does not cash in the Money in the Bank contract!

Brock Lesnar shocked the WWE Universe, as he lived up to Paul Heyman’s promise that he would fight Seth Rollins but Lesnar refused to cash in the Money in the Bank contract, instead shouting he would do so at WWE Super ShowDown this Friday in Jeddah, Saudi Arabia.

Seth Rollins was feeling pretty good when he walked into Raw — seemingly against all logic, as he was still facing the looming threat of a Brock Lesnar cash-in. The Beast made him regret that bravado by putting on quite the show of delaying the inevitable, most crucially during a confrontation with Baron Corbin — the man Rollins will unquestionably have to defend his Universal Title against Friday at WWE Super ShowDown. The Conqueror’s final fake-out landed Rollins square in the path of an End of Days from The Lone Wolf, at which point Mr. Money in the Bank finally made his promised appearance.

He did not, however, make good on his promise to cash-in the contract, despite hysterical pleas from Paul Heyman to do so. Instead, Lesnar savaged Rollins with a pair of suplexes, an F-5 on the outside, and a series of raining blows from a steel chair. Heyman once again begged his client to cash in, though Lesnar refuted him with a single word: Friday. Given that Rollins was taken out of the arena on a stretcher as a result of the attack, it’s safe to say that’s as good of a time as any. And anyone who tries to force Lesnar to make a move before he’s ready does so at their own risk.