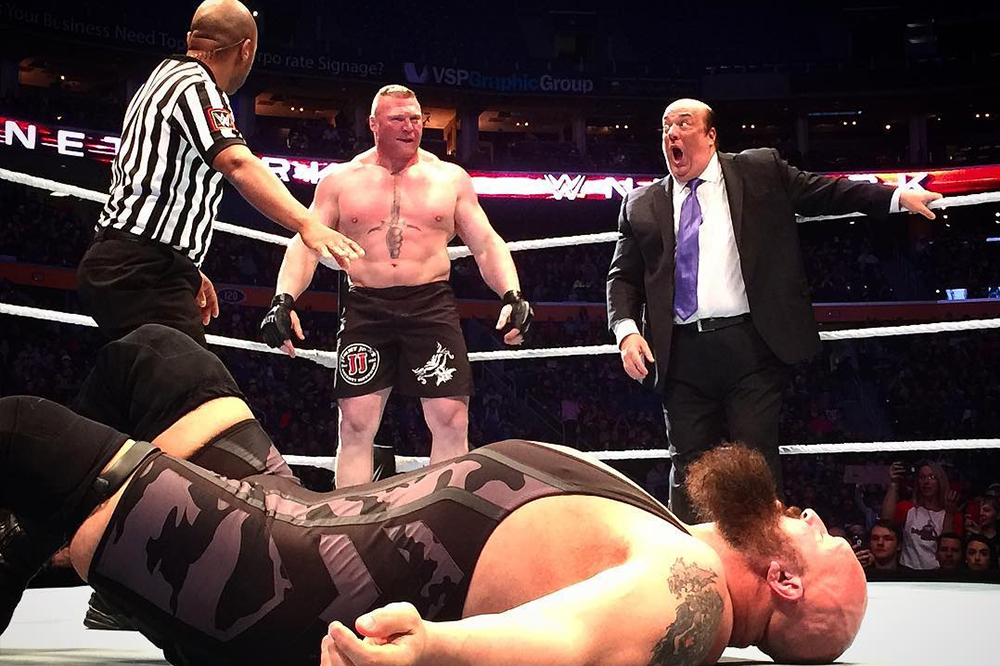 Brock Lesnar appeared at a live WWE event in front of a huge crowd in Buffalo (or, as our boss and Brock’s advocate Paul Heyman called the city, BOOF-ALO), New York and hit an F5 on The Big Show, leading to a pinfall victory. We are HustleTweeting about Brock Lesnar vs The Big Show in “Boof-alo” and you’re more than welcome to join the conversation by following the Hustle on Twitter HERE or by hitting LIKE on our hyper-interactive Facebook page HERE!