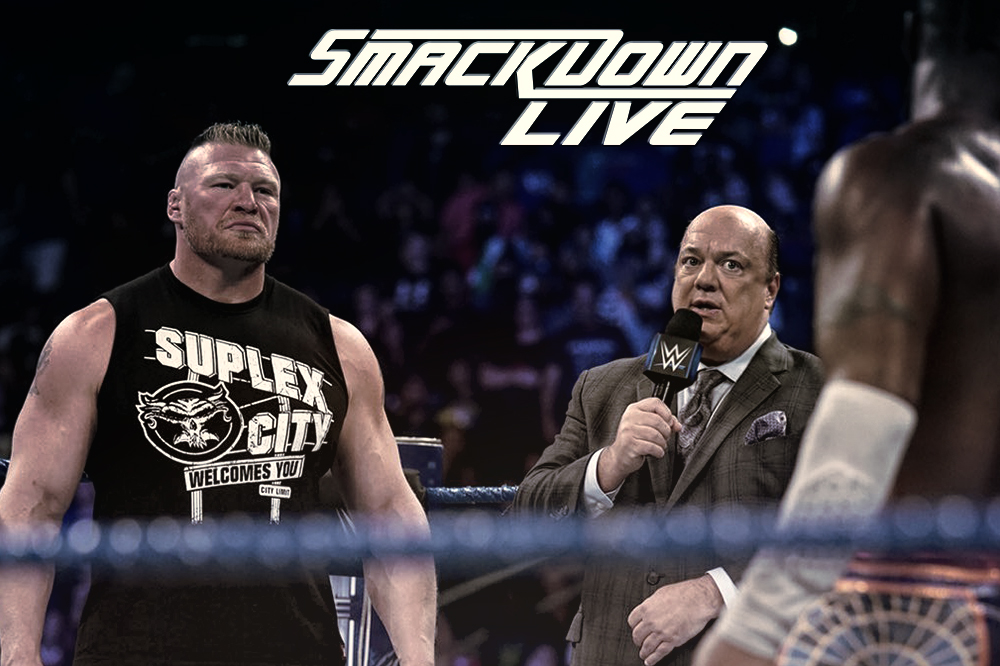 Brock Lesnar and his Advocate (our boss) Paul Heyman shocked the WWE Universe by showing up on WWE Smackdown Live in Atlanta, Georgia, challenging Kofi to defend the WWE Title against Lesnar at the premiere of Smackdown on Fox.

WWE Champion Kofi Kingston retained his title against Randy Orton at WWE Clash of Champion, but his New Day brethren fell to The Revival, who secured the SmackDown Tag Team Championships. With animosity still strong, Kingston, Xavier Woods and Big E teamed up to take on Orton & The Revival on SmackDown LIVE.

The action was non-stop as each side looked for redemption, and after The New Day took the upper hand during a wild scramble, the coast was clear for Kingston to blast Scott Dawson with Trouble in Paradise for the win.

After the match, though, the WWE Universe was stunned silent by the sudden reemergence of Brock Lesnar! After the gutsy WWE Champion asked Big E and Woods to clear the ring so that he could stand alone to meet The Beast, Paul Heyman issued a challenge on behalf of his client. Lesnar wants to face Kingston in a monumental WWE Title Match at the FOX premiere of SmackDown LIVE on Friday, Oct. 4. Once Kingston accepted without hesitation, Lesnar added the exclamation point with an earth-shattering F-5.

We’re HustleTweeting about the premiere of WWE SmackDown on Fox, and you’re welcome to join the conversation on the Hustle Twitter HERE and also on our hyper-interactive Facebook page HERE!