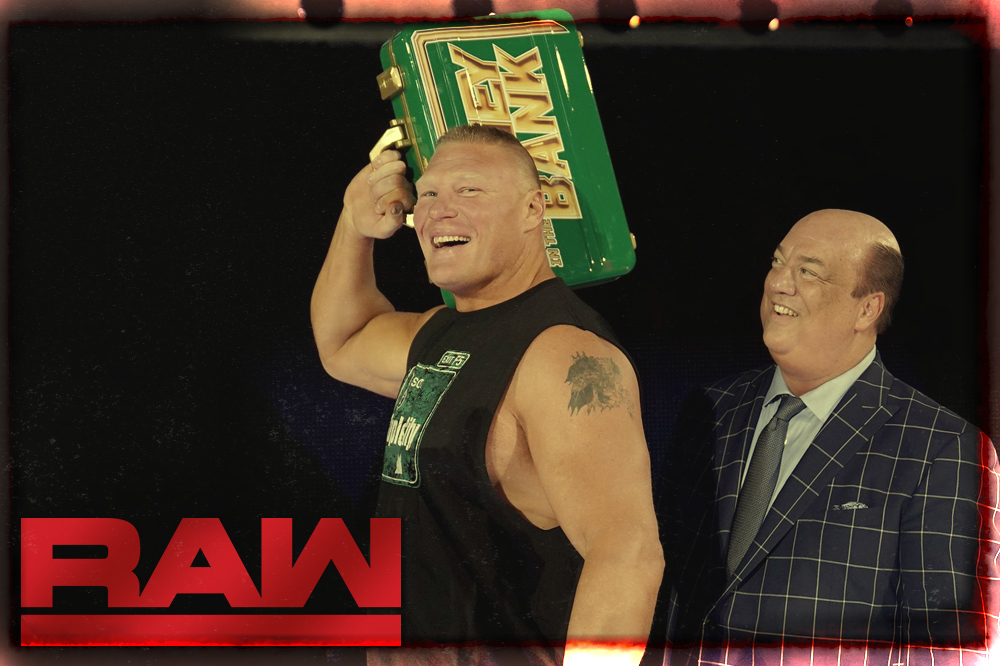 So Brock Lesnar is Mr. Money in the Bank. What happens next? Well, for one, Seth Rollins is on notice: The Beast and Paul Heyman made that perfectly clear when they came to Raw for a renewed round of chest-beating — amplified by the looming variable that there is no longer any way to tell when Lesnar will be making his move. Thanks to the Wild Card Rule, WWE Champion Kofi Kingston isn’t safe either, but despite both champions hitting the ring to all but dare Lesnar to cash in his contract, The Beastslayer and The Dreadlocked Dynamo were reassured that Lesnar had no desire to make a move against them … yet. And with Rollins and Kingston both evidently scheduled for competition later in the evening, Team Brock decided to leave the two World Champions with the message that they were playing by The Beast’s rules, and the name of the game now is anticipation and paranoia. Message received. What happens next? Only one man knows.

We’re HustleTweeting about WWE Money in the Bank, and you’re welcome to join the conversation on the Hustle Twitter HERE and also on our hyper-interactive Facebook page HERE!