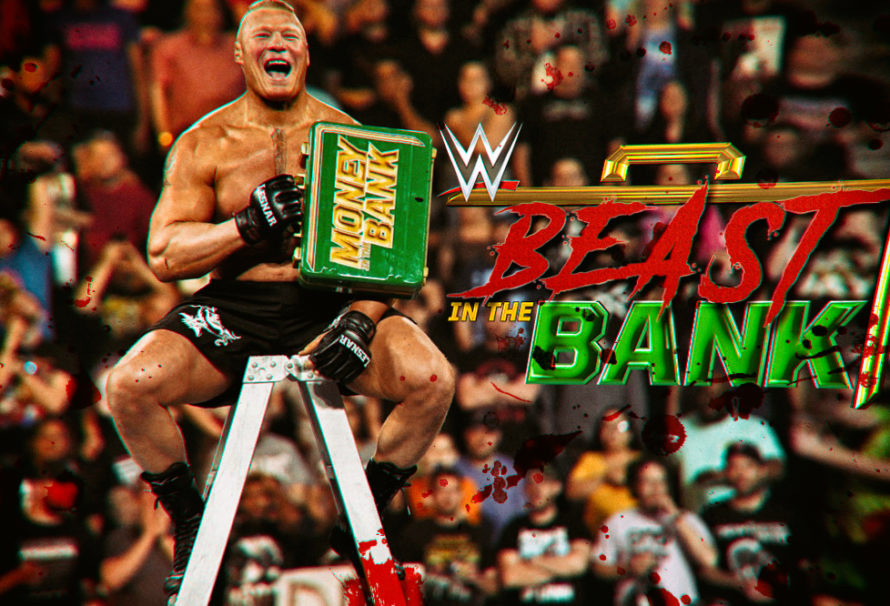 Brock Lesnar is Mr Money in the Bank 2019, and the entire WWE Universe is in shock. Here’s how it all went down, according to WWE.com:

You didn’t think it would be that easy, did you? What – either Finn Bálor, Andrade, Ali, Randy Orton, Ricochet, Baron Corbin or Drew McIntyre was just going to scale a ladder, take the briefcase and jump to the next-man-up position for a World Title opportunity? If there has been any lesson over the last seven years, it’s that the next man up is always Brock Lesnar, and The Beast Incarnate made it official when he crashed the Men’s Money in the Bank Match, dispatched Ali from the top of a ladder, and seized the contract for himself. Those destructive 10 seconds put an unexpected exclamation point on what was one of the most hellacious Money in the Bank Matches of all time.

Lesnar’s involvement aside, no one can accuse any of the remaining seven competitors of giving anything but their best. Ali and Ricochet engaged in a move-for-move dogfight, seemingly hovering inches off the ground at all times. Not to be undone, Bálor and Andrade threw hands on the rungs of a ladder, with Andrade getting the better of the exchange via a sunset flip onto a second ladder that bounced the Intercontinental Champion roughly 10 feet in the air. Orton turned back the clock, dropping dudes on tables and dishing out a textbook RKO to McIntyre, who ran through the entire field singlehandedly. Corbin was, of course, his usual underhanded self, breaking his alliance with McIntyre and sending Ricochet through a ladder that had been bridging the ring and announce table, shattering it in half with the impact.

Conspicuous by his absence had been Sami Zayn, who was found strung up by his ankles in the backstage area during the early hours of the show. Although a rampaging Braun Strowman was blamed, the question of his fate and attacker grew more and more distant as the carnage began to stack up. In the end, it was Ali who was perched atop the ladder when Lesnar’s music blared and the former Universal Champion sprinted to the ring, knocking a ladder into a cameraman, throwing Ali from his crow’s nest, and scaling up to grab the briefcase with a shark-like grin spread across his teeth. “That’s too bad,” he leered as the Superstars who had sacrificed almost everything stirred feebly. If you’re Universal Champion Seth Rollins, or anybody who wants to be Universal Champion, that’s an understatement.

We’re HustleTweeting about Brock Lesnar, and you’re welcome to join the conversation on the Hustle Twitter HERE and also on our hyper-interactive Facebook page HERE!