Brock Lesnar Leaves RAW in an Ambulance Thanks to Braun Strowman 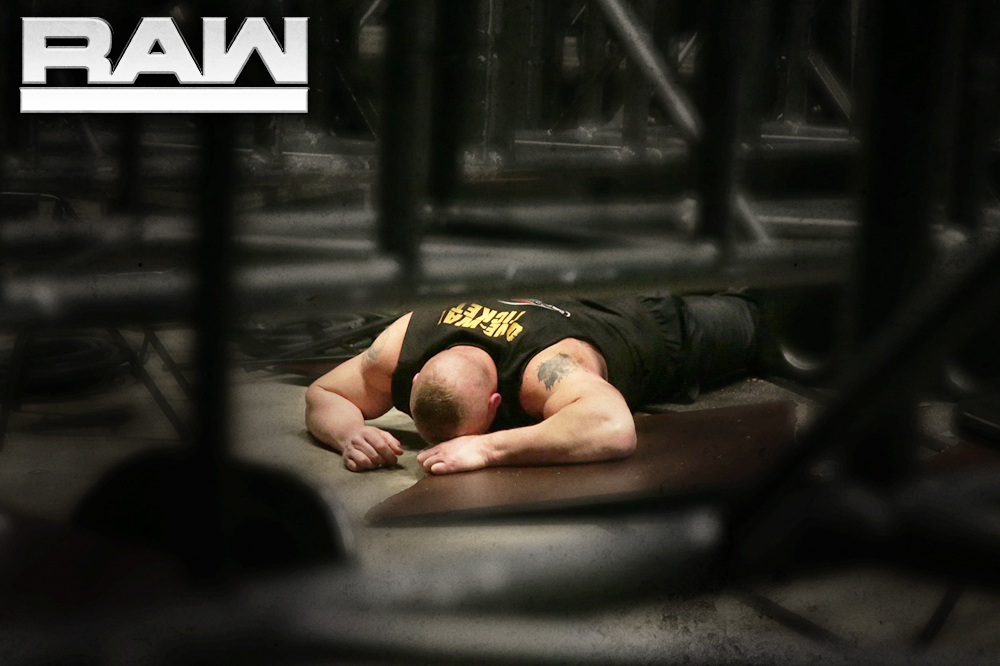 WWE’s Universal Champion Brock Lesnar and his Advocate (our boss) Paul Heyman returned to Memphis, TN for tonight’s Monday Night RAW to promote the Royal Rumble, where Lesnar will defend the Universal Title against both Kane and Braun Strowman in a Triple Threat Match. Paul laid down the law. And then something went very, very wrong. According to WWE.com:

Last week, Braun Strowman told Kane that he was in it for himself in their Universal Title Triple Threat Match against Brock Lesnar at Royal Rumble. And while animosity continued to brew this week between the Universal Champion and The Big Red Machine, The Monster Among Men picked his opportunity to strike.

After Lesnar and Paul Heyman responded to Kane’s attack last week and the circumstances of the match — in short, Heyman promised dominance despite the stacked odds against his client and the lack of an “old-school” one-on-one challenge — The Devil’s Favorite Demon attacked again, jumping The Beast at the top of the stage and brawling with Lesnar into the backstage area, at which point Strowman trucked them both.

The Gift of Destruction threw Lesnar clean across the hallway, smashed Kane with a road crate and produced a grappling hook that he used to pull the backstage rigging down on both of his opponents. The attack left The Beast loaded in an ambulance en route to a local medical facility, while Kane hobbled away with an injured leg. Suddenly, a Lesnar victory doesn’t seem quite as certain as Heyman would have everyone believe.