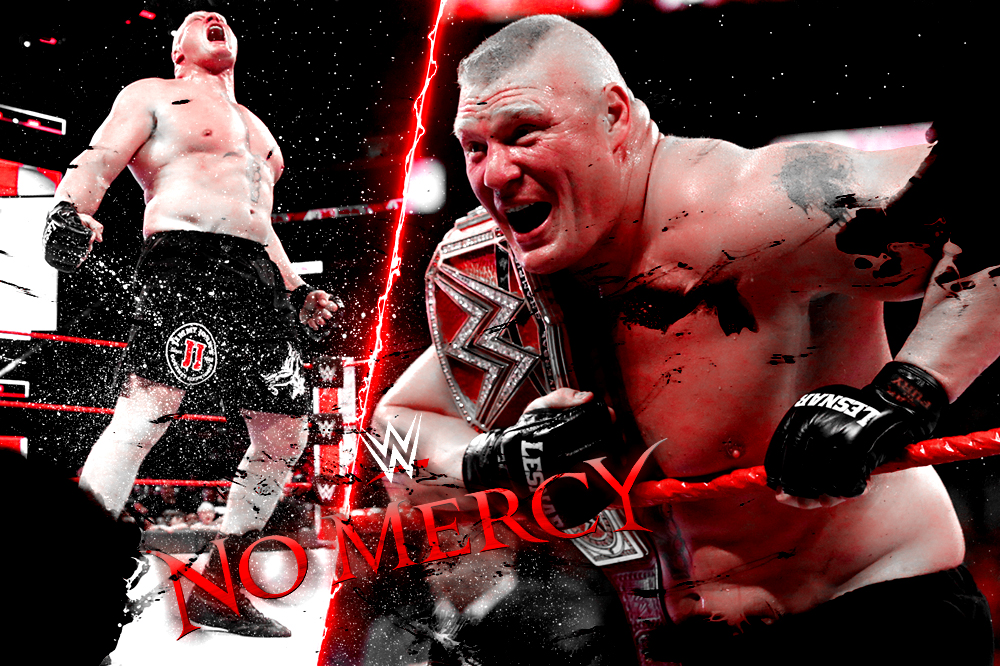 Brock Lesnar successfully defended WWE‘s Universal Championship by pinning “The Monster Among Men” Braun Strowman in the main event of the No Mercy pay per view, which aired lived from the Staples Center in Los Angeles, California. According to WWE.com:

Is Braun Strowman the next Brock Lesnar? Paul Heyman has praised The Monster Among Men as the second coming of his prized client thanks to the way Strowman has “monster-handled” his way through the Raw locker room. That said, “The Beast Among Monsters” didn’t look quite ready to cede his throne at WWE No Mercy.

Yes, Lesnar is still the reigning, defending, undisputed Universal Champion, despite being tossed around like a rag doll by Strowman in their WrestleMania-caliber clash for The Beast’s title. That Brock managed to kick out of an early Running Powerslam and bludgeon Strowman was the only success he could claim in the early goings. Strowman again popped up from a German Suplex and answered with an immediate chokeslam, drove Lesnar into the ring post on the outside and two turnbuckles on the inside. At one point, the only offense Lesnar had to his name was a German Suplex and a right hand.

The Beast went to his mat game in response, applying a torturous Kimura Lock that brought Strowman to his knees. The Monster Among Men managed to reach the ropes and reply with a spinebuster, but the long stretch in the maneuver left Braun a changed man. Now, when Lesnar opened the gates to Suplex City, his monstrous foe wasn’t quite as quick to get up.

But six suplexes later, he wasn’t ready to stay down, either. Strowman answered Brock’s F-5 attempt with a pair of Running Powerslams, but his injured arm took too much of the impact for him to make the cover, and he paid for it. Lesnar, with the last ounce of strength available to him, hoisted Strowman up for an F-5, nearly drove The Monster Among Men through the canvas and secured the three-count that extended his Universal Championship reign.

Braun Strowman will almost certainly be back here, and he may indeed be the next big thing. But “next” is still a ways in the future.

We’re HustleTweeting about WWE No Mercy, and you’re more than welcome to join the conversation on the Hustle Twitter HERE and also on our hyper-interactive Facebook page HERE!