Brock Lesnar: "I Can Always Go Back and Be a Pro Wrestler ... They Can't Come and Become an Ultimate Fighter!" 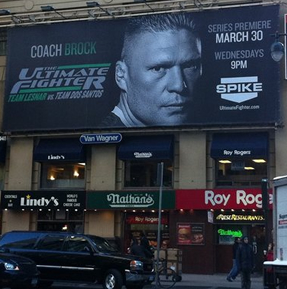 AOL’s Ariel Helwani Interviews Brock Lesnar About "The Ultimate Fighter," But This Discussion Quickly Becomes No Holds (or Questions) Barred!

Brock Lesnar took part in a SpikeTV-arranged "Full Media Day" today, making himself uncharacteristically available for media interviews, and perhaps the most interesting exchange occurred (no surprise here) with Ariel Helwani of AOL.

CLICK HERE FOR A PREVIEW OF BROCK ON THE NEW SEASON OF "THE ULTIMATE FIGHTER!"

In discussing "The Ultimate Fighter," the subject of Brock’s confrontation with The Undertaker after UFC 121 came up. As many of you know, Helwani was the reporter who was interviewing The Undertaker when A MOMENT happened between the two.

Brock then laid a heavy one on Helwani, stating he’s the only WWE Superstar who could make the transition into becoming the top draw in MMA.

"I can always go back and be a pro wrestler," Brock stated, "they can’t come and be an Ultimate Fighter."

You can watch the entire interview with Brock, along Ariel Helwani’s observations on AOL HERE

We’re HustleTweeting about Brock, and you’re more than welcome to join the conversation! Follow the Hustle on Twitter HERE or write to us directly at hustleoncrave@gmail.com

CLICK ON THE PICS BELOW TO SEE THE ENTIRE GALLERY
FEATURING "THE ULTIMATE FIGHTER 13" COACH BROCK LESNAR! 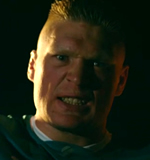