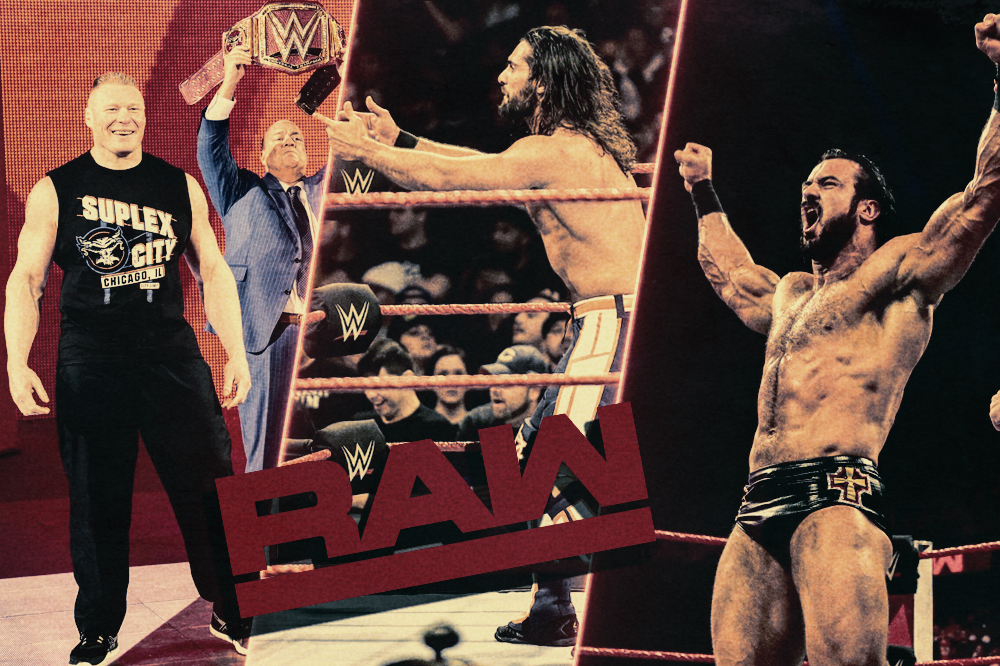 Drew McIntyre is all about speaking destructive goals and making them into reality, so he shared an ominous opening bit of business before facing Seth Rollins: Seeking to complete his dismantling of The Shield and establish his dominance over WWE, The Scottish Psychopath challenged Roman Reigns to a “fight” at WrestleMania, addressing him by his given name of “Joe” and begging The Big Dog to refuse for the sake of his wife and children. As for his seeming insistence on looking past Seth Rollins, he made good on that as well by defeating The Kingslayer, though it’s fair to say he had a little bit of help.

It’s also fair to say he needed it. Left fuming by McIntyre’s disrespect to Reigns, The Kingslayer rode an emotional wave of adrenaline out of a deep hole against the Scotsman. But Brock Lesnar’s music hit just seconds before he was set to deliver the Stomp, and McIntyre capitalized on the distraction, bulldozing Rollins with a Claymore to earn an impressive, if ill-gotten victory. Now, McIntyre has indeed dispatched two of the three Hounds of Justice in the ring, and he has a very real chance of making the trifecta should Reigns accept.

Rollins, however, might just be left with more uncertainty than he thought as he prepares to face Lesnar — perhaps even on a fundamental level. As much as he says he’s better than all the same speedy Superstars who took The Beast to the limit, the last word on Raw is that Rollins fell into the same trap they did. To a man, they had Brock Lesnar right where they wanted him. And to a man, they lost.