Daniel Bryan is AJ Styles' Advocate for the Night 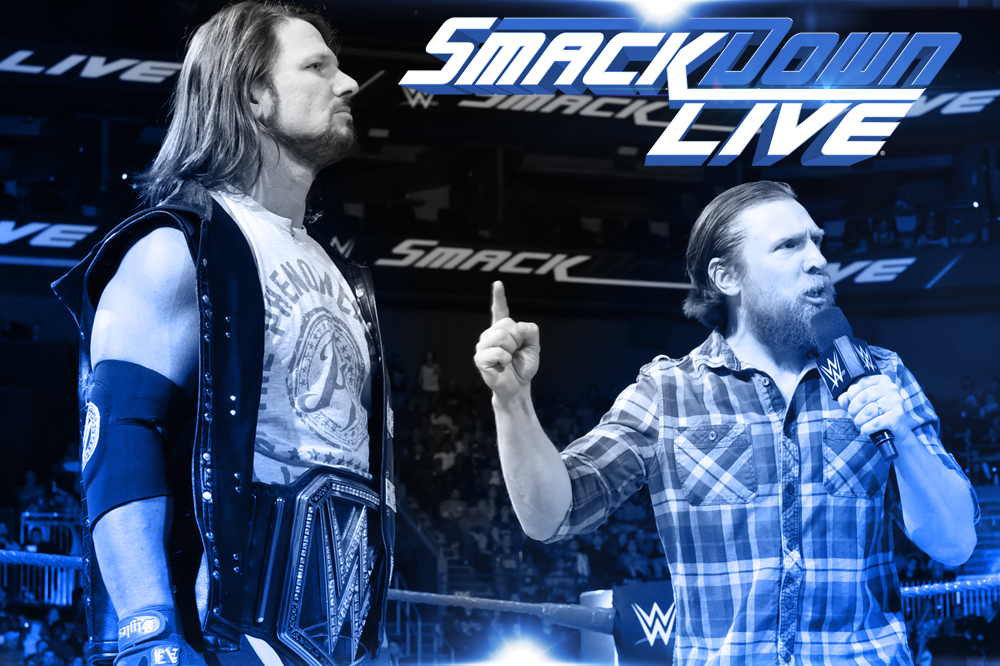 After our boss, Brock Lesnar’s Advocate Paul Heyman sold the WWE Universe on the Universal Champion Lesnar vs WWE Champion AJ Styles match this Sunday at Survivor Series, it was time for AJ Styles to reply. He did so, with the help from his “Advocate for the night” Daniel Bryan! According to WWE.com:

After being attacked by Kane three weeks ago on Monday Night Raw, General Manager Daniel Bryan returned to SmackDown LIVE with vigor.

The four-time World Champion insisted that Raw’s recent actions were driven by their fear of SmackDown and their embarrassment over #UnderSiege, and that’s why they added Triple H to Team Red at Survivor Series. He assured the WWE Universe that his brand always comes back twice as strong and that they were ready for any counterattack Raw may bring on the final SmackDown LIVE before Survivor Series. Above all, Bryan promised that Team Blue would reign supreme at WWE’s fall classic and prove to be the superior show.

Bryan then welcomed newly crowned WWE Champion AJ Styles to the ring and opted to act as The Phenomenal One’s “advocate” (a la Paul Heyman), making the argument that Universal Champion Brock Lesnar always quits when things get tough and, when The Beast is beaten by Styles in every way possible, he will quit again at Survivor Series and AJ Styles would reign supreme.

Styles then acknowledged that he is the underdog, but said he will find a way to triumph over Lesnar and prove, without a doubt, that “The House that AJ Styles Built” was truly the A-show.