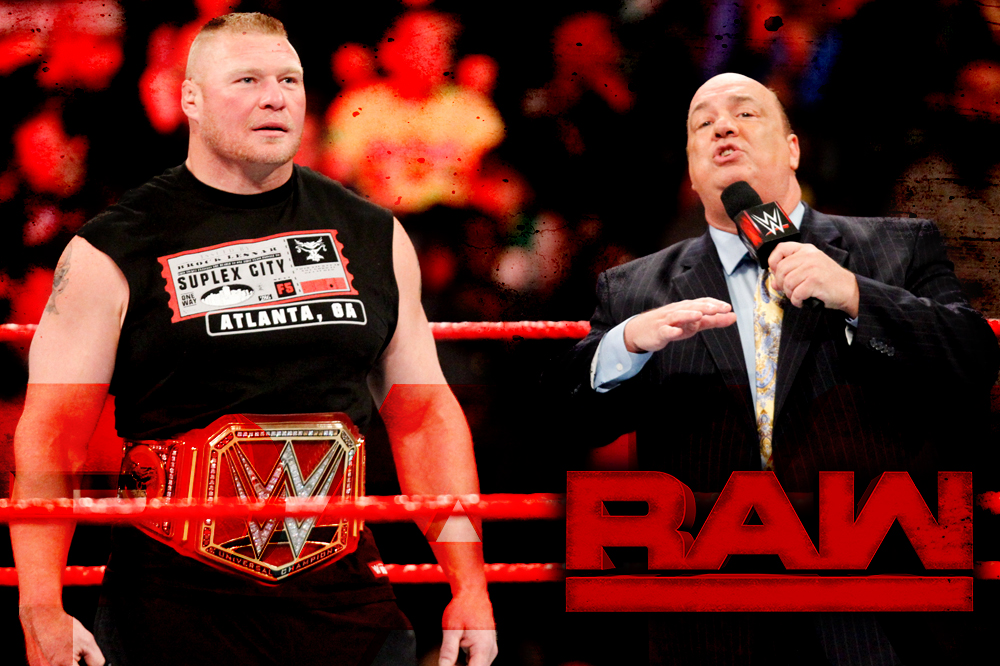 Paul Heyman didn’t mince words on WWE Monday Night RAW. We’ll get to our boss roasting a man and woman whose marriage proposal interrupted his promo in a few minutes. For now, check out this video and these words from WWE.com:

Brock Lesnar and Paul Heyman didn’t have too many kind words for Jinder Mahal when he was WWE Champion. AJ Styles, however, is another story. Six days after The Phenomenal One upended Mahal to win his second WWE Championship, The Conqueror and his advocate weighed in on Lesnar’s new opponent for the Champion vs. Champion clash at this Sunday’s Survivor Series.

And their response was … positive? They certainly gave more props to Styles than they afforded The Modern Day Maharaja, but at the end of the day, Team Brock’s evaluation of their opponents is only positive to a certain degree.

Undeterred by even the sight of an audience member proposing in the middle of his sermon, Heyman spoke miles of praise for The Phenomenal One by way of a five-point selling plan for Survivor Series: 1) It’s the only time the match might happen; 2) Styles is faster than Lesnar; 3) Styles is the “most talented performer of his generation” and the “ultimate opponent” for The Beast; 4) his title run is a “Rocky movie come to life.” However, the road ended in a familiar prophecy for The Phenomenal One when it came to selling point F-5: That even Styles’ best efforts would still end in beating, victimization and conquering at the hands of Lesnar.