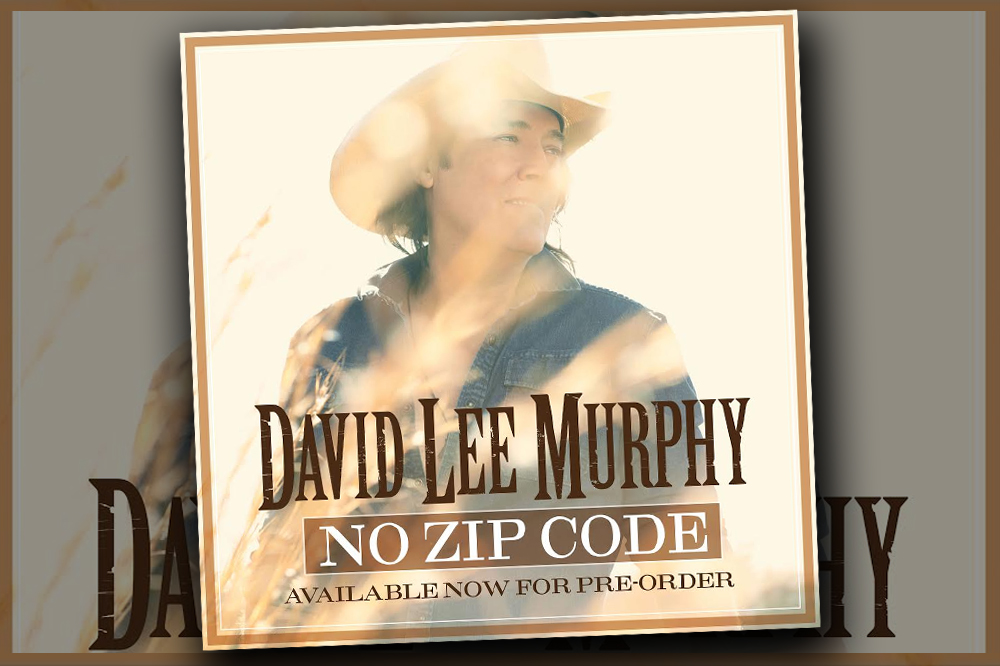 It’s official! David Lee Murphy‘s highly anticipated new album, “No Zip Code” will be available on April 6th from Blue Chair / Reviver Records. The GRAMMY nominated singer / songwriter co-wrote all 11 tracks including the Top-20 radio hit, “Everything’s Gonna Be Alright” a duet with Kenny Chesney which is currently climbing the country radio charts, and is available right here on this page!

Murphy, whose songs “Dust on the Bottle” and “Party Crowd” continue to be staples at country radio, could have easily filled the album with hits he’s written for Chesney (“’Til It’s Gone” … “Living in Fast Forward” … “Live a Little”), Jason Aldean (“Big Green Tractor” … “The Only Way I Know How”), Thompson Square (the GRAMMY-nominated “Are You Gonna Kiss Me Or Not”), Jake Owen (“Anywhere With You”), or Blake Shelton (“The More I Drink”). But, his long-time friend Kenny Chesney had other ideas.

“I’ve been friends and written songs with Kenny for years,” reflects Murphy. “I sent him some songs for one of his albums a couple of years ago, and he called me up. He goes, ‘Man, you need to be making a record. I could produce it with Buddy Cannon, and I think people would love it.’ It’s hard to say no to Kenny Chesney when he comes up with an idea like that.”

“Kenny was really influential in the songs that we picked,” says Murphy. “Over the course of the next year or so, we got together, talked about it and picked out songs. We wanted to make the kind of album that you would listen to if you were camping or out on a lake fishing, or anywhere just having a good time.”

The man Chesney calls “The Original Hillbilly Rock Star” enthuses “I’m really excited about putting out these new songs, and I’m looking forward to taking them out on the road and playing them live. We’ve had a heck of a good time making this record, and I think you can hear that.”

“No Zip Code” is available for pre-order NOW at iTunes, Amazon and GooglePlay.

We’re HustleTweeting about David Lee Murphy, and you’re more than welcome to join the conversation by following the Hustle on Twitter HERE or by hitting LIKE on our hyper-interactive Facebook page HERE!