Death of The Village Voice 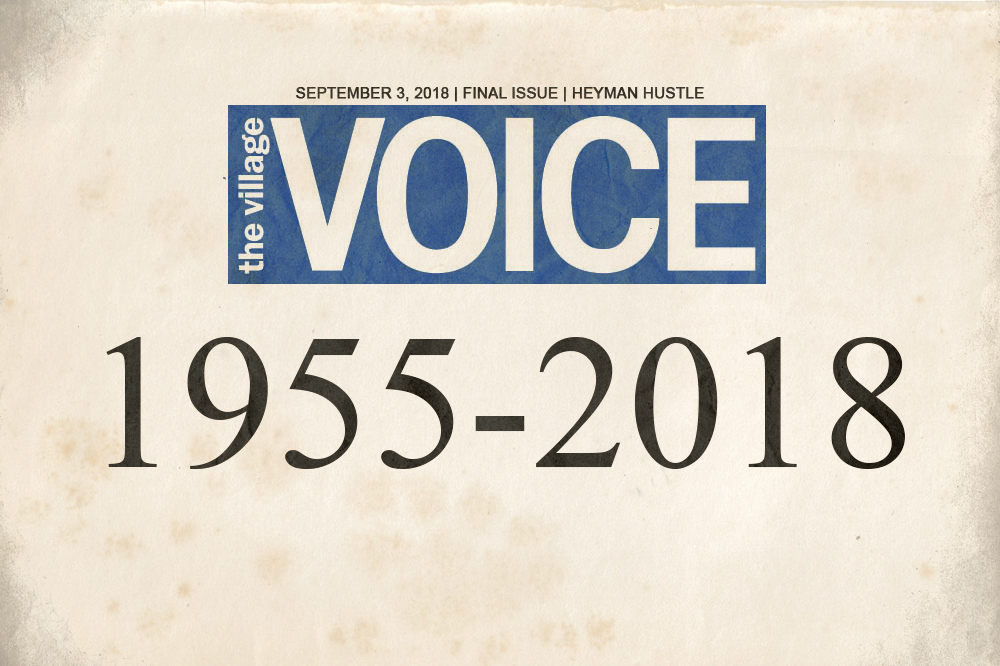 The Village Voice will no longer be posting any new stories. Three years after buying the legendary New York paper, and a year after going digital-only, owner Peter Barbey told the remaining staff the publication, “today is kind of a sucky day,” according to multiple reports. “Due to, basically, business realities, we’re going to stop publishing Village Voice.”

Barbey said that half of the staff, which is around 15 to 20 people, will remain on to “wind things down,” and work on a project to archive the Voice’s material online. The rest of the staff will be let go today. “I bought the Village Voice to save it; this isn’t exactly how I thought it was going to end up. I’m still trying to save the Village Voice,” Barbey told the staff. He also praised them for doing important work: “You had amazing grit, to remain professional in doing what you’re doing and hanging in there to the end.”

The Village Voice, founded as an alternative weekly newspaper in 1955, has had a number of previous owners, including New York magazine, Rupert Murdoch, Leonard Stern, and New Times (later Village Voice) Media. It was the country’s first alternative newsweekly, founded in Greenwich Village in 1955 by a group that included writer Norman Mailer. It once had a weekly circulation of 250,000 copies and was home to some of New York’s best investigative journalists and music writers.

The combative, left-leaning paper became known for its brash political reporting and its coverage of music and theater. It also became a powerful advocate for New York’s gay community. It won three Pulitzers, for editorial cartooning and feature writing in the 1980s and for international reporting in 2000 for a series on AIDS in Africa.

We’re HustleTweeting about The Village Voice, and you’re more than welcome to join the conversation by following the Hustle on Twitter HERE or by hitting LIKE on our hyper-interactive Facebook page HERE!