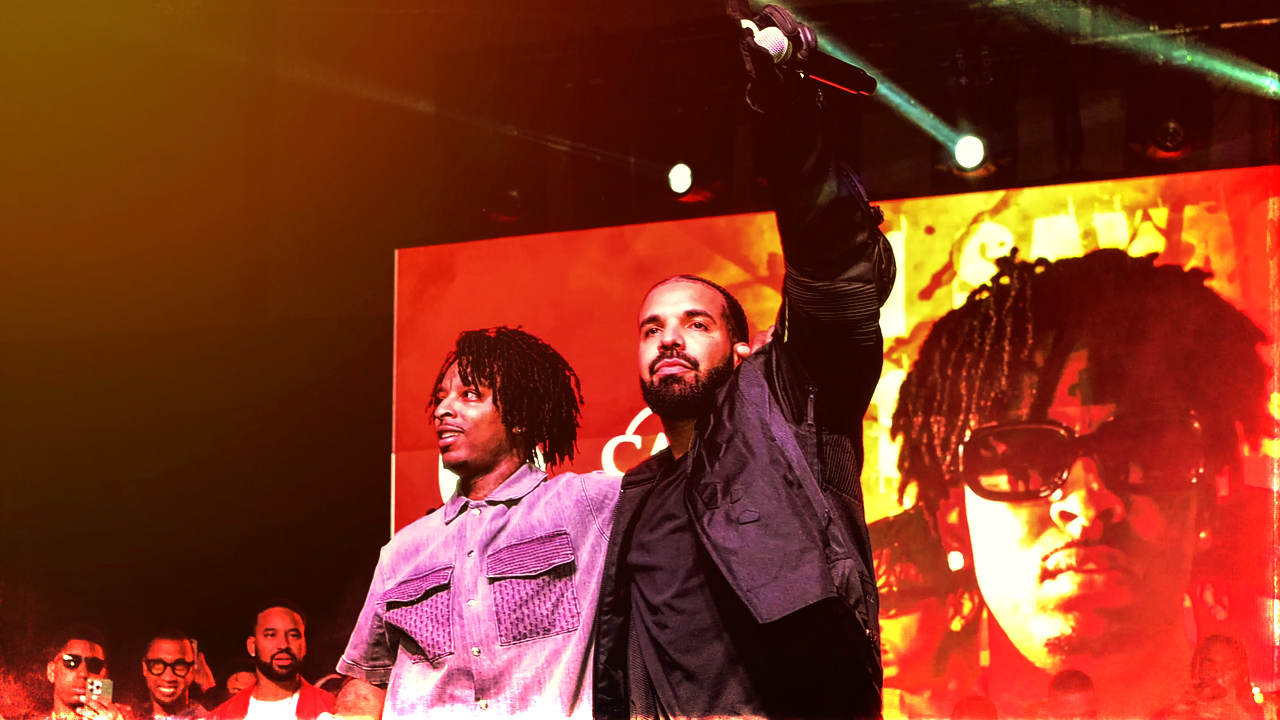 Drake and 21 Savage have announced a joint album, entitled Her Loss, due out on Friday, October 28th. The date and title were first revealed in the new globally-trending music video for their collaboration Jimmy Cooks, which is from Drake‘s album “Honestly, Nevermind,” which was released four months ago.

The marketing, of course, was spot-on. Drake went public with the fact the Jimmy Cooks music video would drop on 21 Savage‘s 30th birthday. And then the internet, of course, blew up with wild speculation and even conspiracy theories. As the rumors began to build on their own momentum Drake surprised fans last week, appearing unannounced at a 21 Savage concert in Atlanta.

This is not the first collaboration featuring Drake and 21 Savage.

Drake and 21 have become regular collaborators over the years, with songs like “Knife Talk,” off Drake’s album “Certified Lover Boy,” and “Mr. Right Now,” off 21 and Metro Boomin’s album “Savage Mode II.” Other tracks include “Sneakin’” and “Issa.”

The name “Jimmy Cooks” seemingly nods to Drake’s character in “Degrassi: The Next Generation,” Jimmy Brooks, a role Drake held for nearly eight years on the Canadian series. The song, Drake and 21 Savage’s fourth recorded pairing, debuted at No. 1 on the Billboard Hot 100.

21 Savage has racked up a slew of features this year. He can be heard on Latto’s “Wheelie,” J.I.D.’s “Surround Sound,” Shenseea’s “R U That” and alongside Pharrell Williams and Tyler the Creator on “Cash In Cash Out.”

You can check out the Jimmy Cooks music video here as we continue the countdown until October 28th.