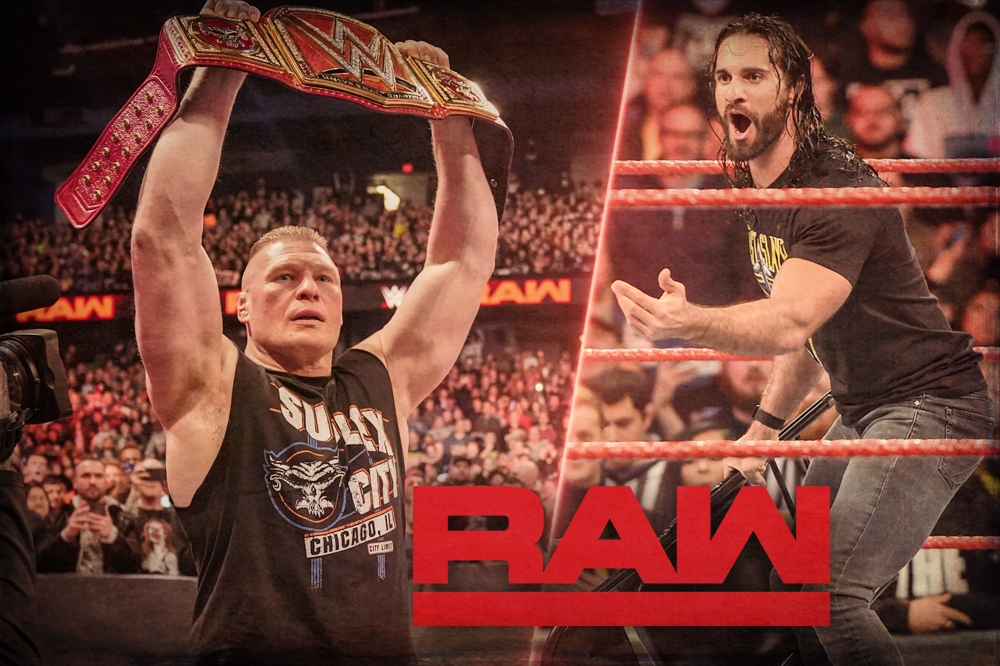 We’re getting closer and closer to WrestleMania 35, and World Wrestling Entertainment‘s most prominent champion, Brock Lesnar was in quite the mood. So was #1 contender Seth Rollins, who was scheduled to face Drew McIntyre, who also wanted to make his presence felt. A lot of combustible elements at hand. According to WWE.com:

At this point on The Road to WrestleMania 34, Brock Lesnar was no-showing his advertised dates as a power play to get inside his challenger’s head. At WrestleMania 35, however, he’s facing Seth Rollins. And Seth Rollins, as we saw last week, might just have him clocked. So The Beast showed up as advertised in an appearance that was one part pose-down, one part fire-and-brimstone missive from Paul Heyman and, perhaps, one part strategy. After all, if Rollins possesses the speed advantage that gives The Conqueror fits, Lesnar would do well to keep his would-be slayer where he can see him — even if, as Heyman said, all the fleet-footed Superstars Rollins mentioned as evidence of Lesnar’s blind spot (AJ Styles, Daniel Bryan and Finn Bálor) lost their respective matches.

Not that The Beast is lacking for challengers, even prospective ones: Drew McIntyre took out two-thirds of The Shield last week and seemed to think a victory against Rollins later tonight was so much of a sure thing that he confronted Team Brock and floated himself as a prospective replacement for WrestleMania. In that, he spoke too soon: The Kingslayer ambushed McIntyre from behind, unleashing several chair strikes across the back of the “Career Killer” and bending the steel before making a beeline for The Beast. Only Lesnar wasn’t having it, and he bailed on his challenger before Seth could throw hands. Points awarded to Rollins for provoking The Beast out into the open, but if he wants to draw Brock into a fight, he’ll have to try a little harder.