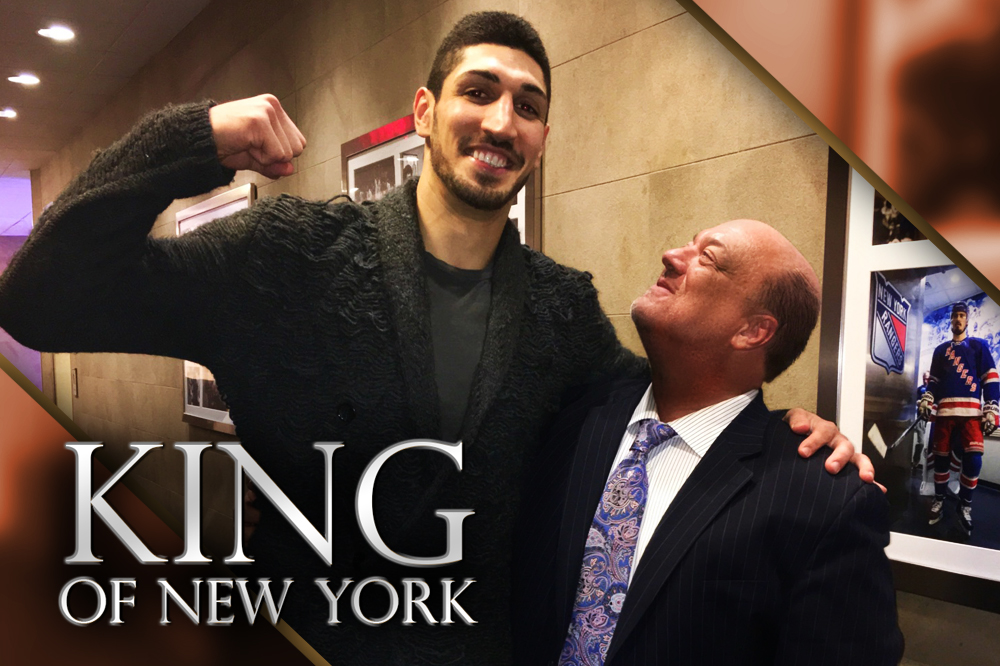 New York Knicks‘ outspoken center Enes Kanter has dared “King” LeBron James to sign with the Knicks to prove to the world he’s the “King of New York!”

July 1 is the start of free agency. James can opt out of his contract with the Cavaliers and become a free agent this summer. While James has a close relationship with new Knicks coach David Fizdale due to their time together with the Heat, the Knicks remain a longshot to sign James due to little cap flexibility.

If the Knicks were to create enough cap space to sign James, or another big free agent, it would surely require Kanter declining his $18.6 million player option for next season.

James’ “King of New York” claim stems from a declaration he made on Instagram following a Cavs win over the Knicks at Madison Square Garden in November. James posted a photo of himself standing on the Knicks logo with the caption “You’re welcome.. (crown emoji) of NY #myfavoriteplayground #striveforgreatness”

We’re HustleTweeting about Enes Kanter and LeBron James, and you’re more than welcome to join the conversation on the Hustle Twitter HERE and also on our hyper-interactive Facebook page HERE!