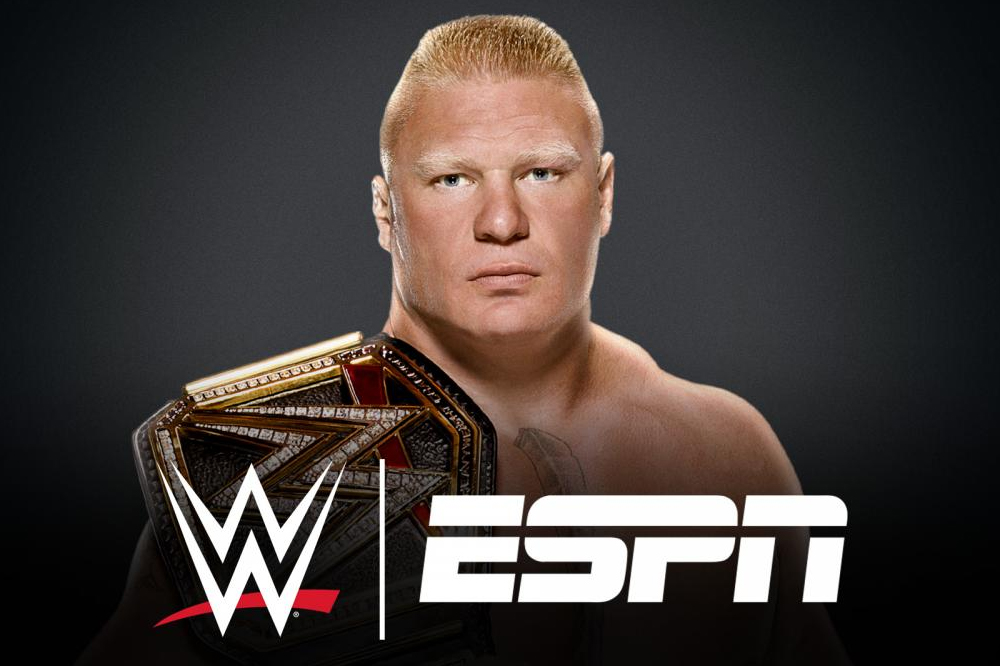 The most decorated combat sports athlete in history will be featured by ESPN in a manner no other sports entertainer can even come close to comparing to. WWE Champion (and former UFC Champion, former NCAA Division 1 Heavyweight Champion) Brock Lesnar will head into the main event of WWE WrestleMania this weekend with ESPN capitalizing on the enormity of Lesnar’s once-ever career accomplishments.

The Beast Incarnate is taking over the Worldwide Leader.

ESPN will air the first nationally televised encore presentation of WrestleMania 35 this Sunday, April 5, at 3 p.m. ET. Sunday’s programming lineup will also include several of Brock Lesnar’s high-profile UFC title bouts and will culminate with his 2000 NCAA Wrestling Championship victory on ESPN2. All telecasts will stream via the ESPN App.

In conjunction with the WrestleMania encore, ESPN2 will televise a five-hour Lesnar marathon on Sunday from 6 a.m. to 11 a.m. ET. The full schedule is below:

In addition, ESPN+ has added a Brock Lesnar collection to its library that includes several of his classic UFC bouts: Lesnar on ESPN+.

ESPN’s “E:60” ​​feature on Brock Lesnar from 2009 will also re-air as part of Sunday morning’s “SportsCenter.”

The encore presentation will air in advance of the second night of this year’s WrestleMania, which for the first time ever, is being held as a two-night event streaming on Saturday, April 4 and Sunday, April 5 at 7 p.m. ET on WWE Network. WrestleMania will be hosted by three-time Super Bowl Champion Rob Gronkowski.

We’re HustleTweeting about WWE WrestleMania, and you’re welcome to join the conversation on the Hustle Twitter HERE and also on our hyper-interactive Facebook page HERE!