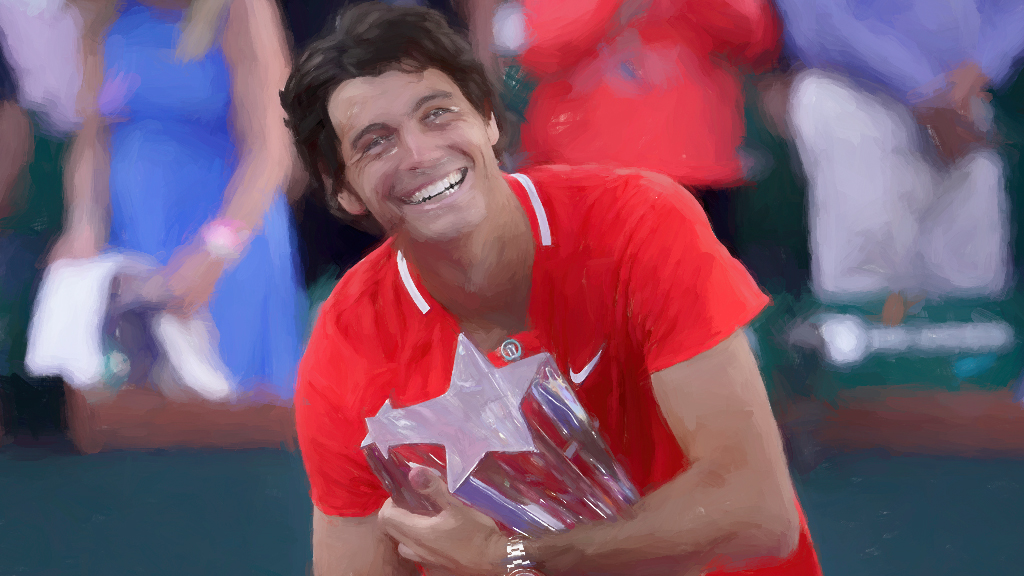 Both men entered the finals with issues that could have forced either or both to bow out before the match.

Fritz noticeably tweaked his ankle late in his semifinal win over No. 7 seed Andrey Rublev. Blue medical tape could be seen above his high sock and he had it numbed before the final.

Nadal came into the match bothered by painful breathing that he first experienced in a three-set semifinal win. He took two medical timeouts during the final. The first one came after he lost the first set. Nadal went inside with a trainer after tapping his upper left chest. He received treatment on court after falling behind 5-4 in the second set.

“When I try to breathe, it’s painful and it’s very uncomfortable. It’s like a needle all the time inside. I get dizzy a little bit because it’s painful. It’s a kind of pain that limits me a lot,” said Nadal, who turns 36 in June.

“The thing that worries me now, it’s about what’s going on there, what I have to do now to recover and how long it’s going to take.”

Nadal’s 20-0 start to the year included the Australian Open, his 21st major championship that broke a tie with his arch rivals Novak Djokovic and Roger Federer. He also won titles in Melbourne and Acapulco.

“Of course, the last two months have been amazing, unforgettable, very emotional,” Nadal said. “I enjoy things that I never thought I could live again a few months ago.”

Fritz didn’t waste any time in attacking Nadal, racing to a 5-1 lead in the first set with two breaks. Nadal got a break back in closing to 5-3, but his backhand error gave Fritz another break and the set.

“It’s an honor to even be on the same court as (Nadal),” Fritz told the crowd. “I grew up watching (Nadal) win everything.”

Nadal fought off a match point on his serve with a forehand winner to tie the second set 5-all. He had two break points on Fritz’s serve in the next game, but Fritz held for a 6-5 lead. Nadal held to force the tiebreaker.

Nadal sent two straight forehands well wide to set up Fritz’s second match point. Another Nadal error sent Fritz to the biggest victory of his career not far from where he grew up near San Diego. Fritz’s parents, Guy Fritz and Kathy May, are former tour players.

“(My dad) told me that I was going to win this tournament one day when I was a little kid,” Fritz said. “It was pretty tough not being emotional with my parents, especially my dad. He was just really, really proud of me. It’s really tough to get a compliment out of him.”

Fritz dropped his racket and collapsed on his back after clinching the title on his second match point. He got up smiling with a look of disbelief on his face. He became the first American man to win Indian Wells since Andre Agassi in 2001.

“I just kept telling myself there’s no reason why I can’t win this,” Fritz said.

Nadal had already decided to skip next week’s tournament in Miami and head home to Spain to prepare for the French Open, which begins May 22.

Fritz is scheduled for a MRI on his ankle Monday and isn’t sure whether he’ll be able to play in Miami.

We’re HustleTweeting about Fritz vs Nadal, and you’re more than welcome to join the conversation on the Hustle Twitter HERE … on our ridiculously sensational Instagram HERE … or on our Facebook page HERE!