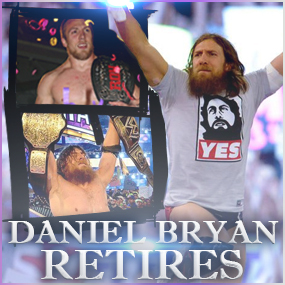 Bryan, the news of your retirement today has reverberated through me unleashing a flood of memories and gratefulness.

Thank you, Bryan, for being in the main event of the first show I ever booked and making the name “Ring Of Honor” mean something that very night. You set the standard for the promotion and made my reputation as a booker in the early years. You did that quietly, humbly, and with class.

Thank you, Bryan, for getting on a plane in France and flying to Dayton and Chicago, doing two tough matches, and then getting right back on a plane to Europe. I know you didn’t want to, but you did it unselfishly because we needed you.

Thank you, Bryan, for being there for me when we lost James Gibson after months of planning for him to be World Champion. You made the commitment to us then, because we needed someone to put the company on their back. You stayed modest, but you did it with a new attitude, stronger emotion, and unrivaled work ethic.

Thank you, Bryan for being there for Full Impact Pro when Homicide had to lose the Title due to an injury. You traveled the backroads of Florida and made it fun. You did it the right way, making the match where you finally lost the title to Roderick Strong one of the most emotional bouts I’ve seen.

Thank you, Bryan, for being there for me during one of the most difficult times of my life. When I felt alone and deserted, you called me and said “I wish we could start over.” You spent hours talking about ideas for a new promotion. You called it “EVOLVE.” No one was happier for you when you signed with WWE before you could wrestle for EVOLVE. The ideas you talked about are now seen in wrestlers like Timothy Thatcher, Drew Gulak, TJ Perkins, Tracy Williams, and Matt Riddle. You did it creatively, always with an eye on the future while being progressive.

Thank you, Bryan, for making my career, teaching me, being an example to everyone and for being the man. Thank you, sir.

Of course we are HustleTweeting about Daniel Bryan’s retirement, and you are more than welcome to join the conversation by following the Hustle on Twitter HERE or write to us directly at hustleoncrave@gmail.com. Hey, have you checked out the Hustle’s Ultra High Quality YouTube Channel, with exclusive videos featuring Backstage with Brock Lesnar and Paul Heyman… The Footage “They” Never Wanted You To See … UFC Bad Boy Nick Diaz’s Wildest Video Ever … Behind The Scenes at WrestleMania … ICE-T and Coco’s Sex Secrets … the list goes on and on, so if you’re not subscribing, you’re missing something … and by the ways cheapos, it’s FREE! Yes, absolutely 100 percent FREE! What are you waiting for? Check it out HERE!