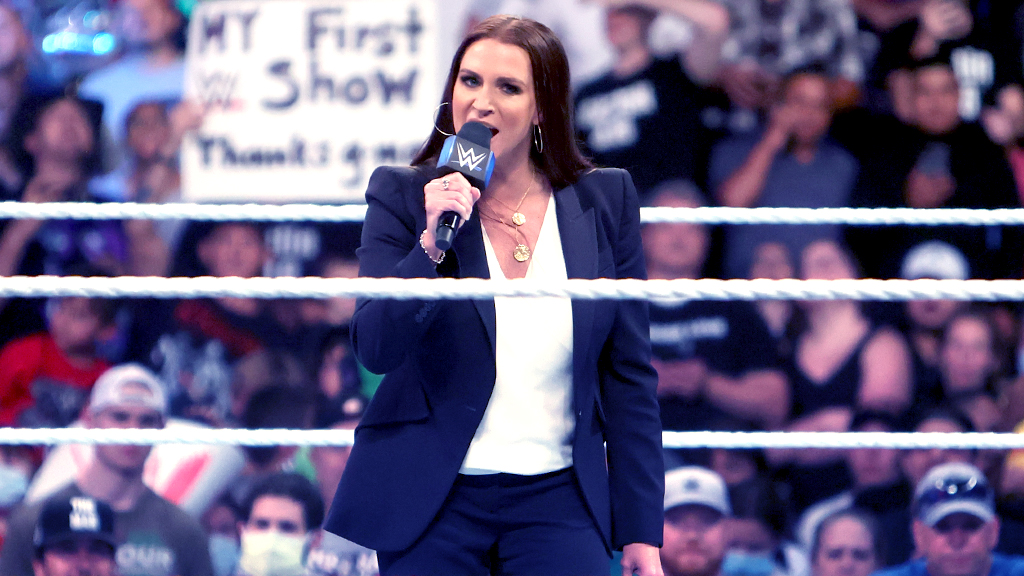 Stephanie McMahon opened a most historic episode of WWE Smackdown live from Boston, Massachusetts, the very first WWE television program since WWE Chairman Vincent Kennedy McMahon announced his retirement earlier in the day, and our very own George Tahinos was on hand to cover the history that unfolded in front of our very eyes!