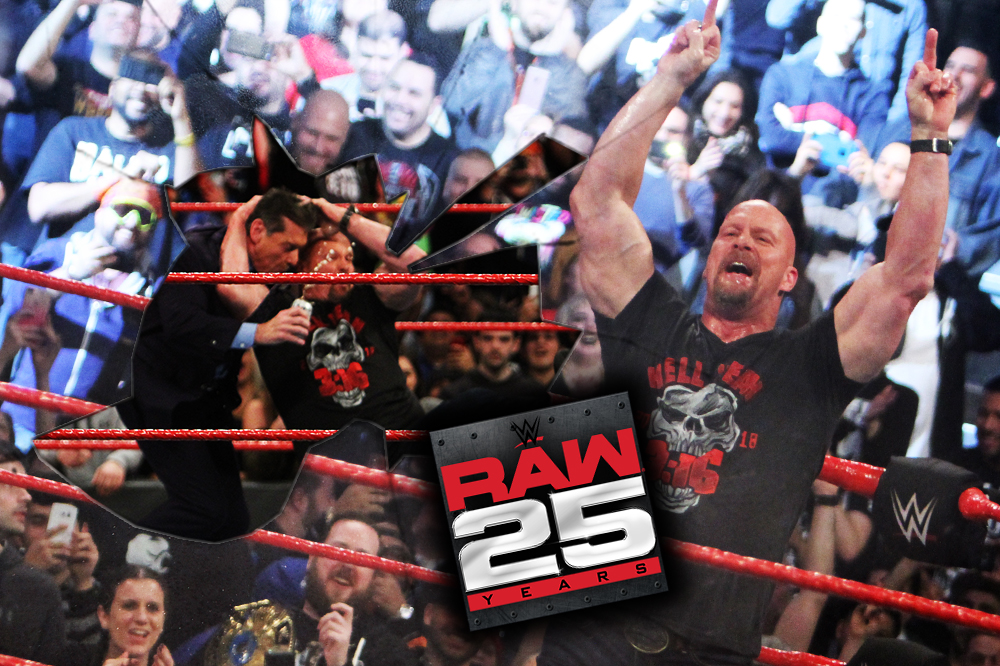 Award-winning photographer George Tahinos is on hand at the Barclays Center in Brooklyn, New York for the 25th anniversary special of WWE Monday Night RAW, where he has captured all the action that went down during the first segment of the show, when Stone Cold Steve Austin came out and tore the damn house down! Of course, we’re HustleTweeting right now about #RAW25, and you’re more than welcome to join the conversation on the Hustle Twitter HERE and also on our hyper-interactive Facebook page HERE!