Goldberg Agrees to Fight Brock Lesnar at WrestleMania, But First ... 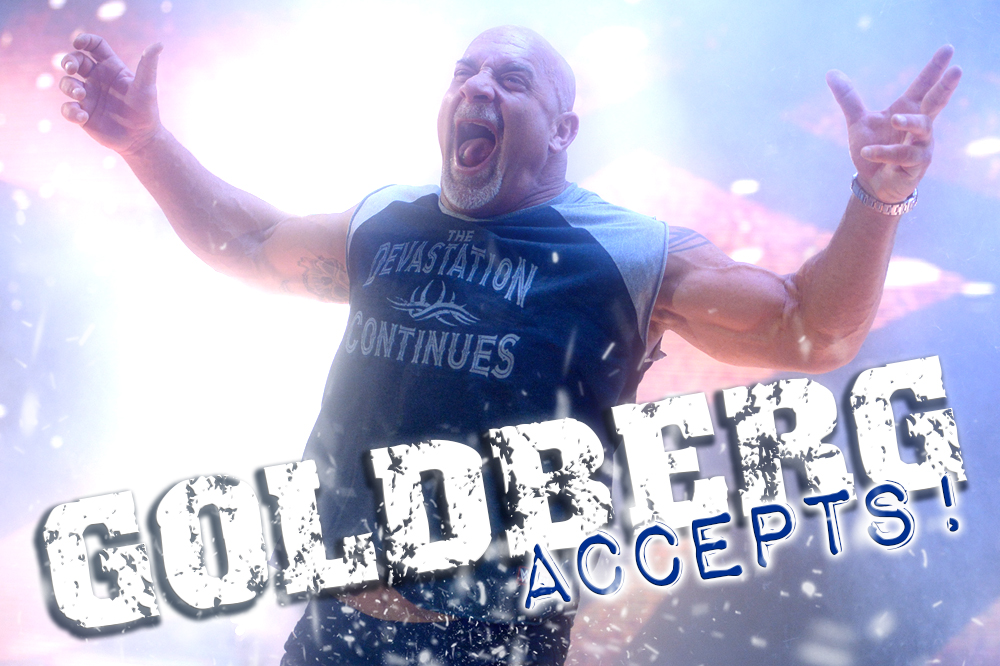 … there’s a WWE Universal Championship Match as the main event of Fast Lane! Yes, Goldberg is in the title hunt, and it’s all thanks to the “Yeah But … ” challenge issued last week by Brock Lesnar and Paul Heyman … and also Chris Jericho! It was a wild moment on WWE Monday Night RAW, as covered by WWE.com:

First thing’s first: Brock Lesnar at WrestleMania? Goldberg accepts. But more pressingly, Kevin Owens is next. Moments after Chris Jericho floated the idea of himself vs. Owens at WrestleMania, Goldberg interrupted to address The Beast’s challenge from last week and, with his eyes still on one more title run, to dare Owens to defend the crimson championship against him at WWE Fastlane. In an odd reversal of fortune from a few weeks ago, it was Jericho who accepted on Owens’ behalf in a fit of rage after Goldberg stole Jericho’s glory and put himself on The List of Jericho. The irony of course is that, with that acceptance, Owens just made Goldberg’s list.

We’re HustleTweeting about Goldberg, and you’re more than welcome to join the conversation on the Hustle Twitter HERE and also on our hyper-interactive Facebook page HERE!