Goldberg and Brock Lesnar Face Off 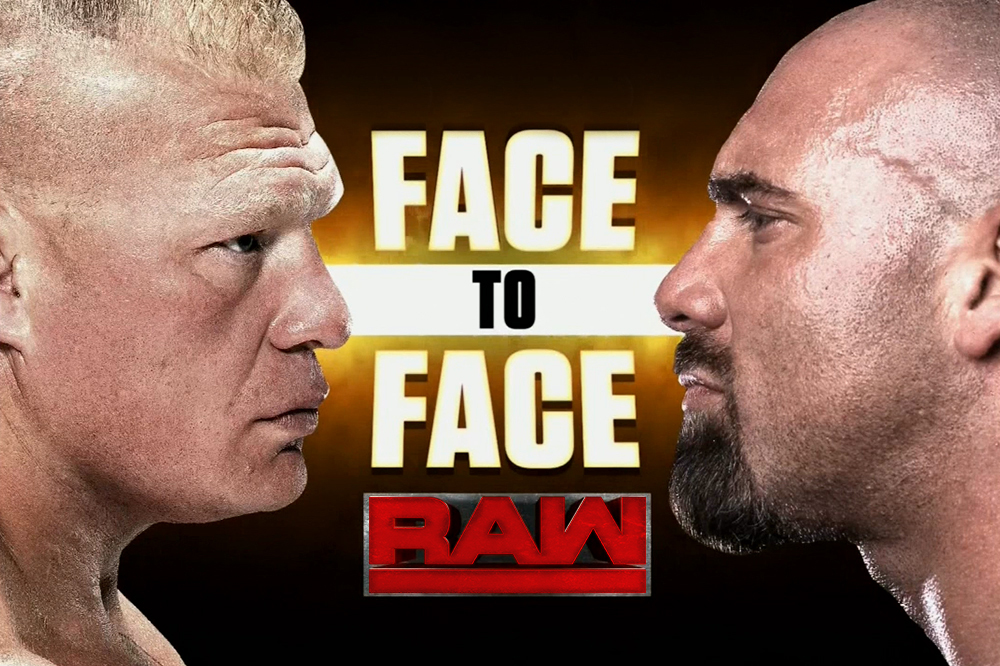 After our boss Paul Heyman disrespected Goldberg’s family, the WCW icon showed Brock Lesnar what awaits this Sunday at Survivor Series when he annihilated multiple security guards as The Beast Incarnate looked on.

We knew, thanks to last week’s dispatches, that Brock Lesnar is less-than-impressed with Goldberg’s do-it-for-my-son motivation heading into Survivor Series’ designated “Mega Match.” But perhaps The Beast and Paul Heyman made a mistake in prodding Goldberg about his family in the first, last and only confrontation between the two gladiators heading into Sunday’s collision. Goldberg held his composure well enough until Heyman dropped the final bomb: After the match, Goldberg’s would be so beaten that his son “will be calling Brock Lesnar ‘daddy.’ ” At that point, Goldberg battled through a Mick Foley–mandated wall of security to cut a clear path to Lesnar. But when it came time to throw down, The Beast Incarnate simply smiled and walked away.

We’re HustleTweeting about WWE 2K17, Goldberg, Brock Lesnar and Paul Heyman, and you’re more than welcome to join the conversation on the Hustle Twitter HERE and also on our hyper-interactive Facebook page HERE!