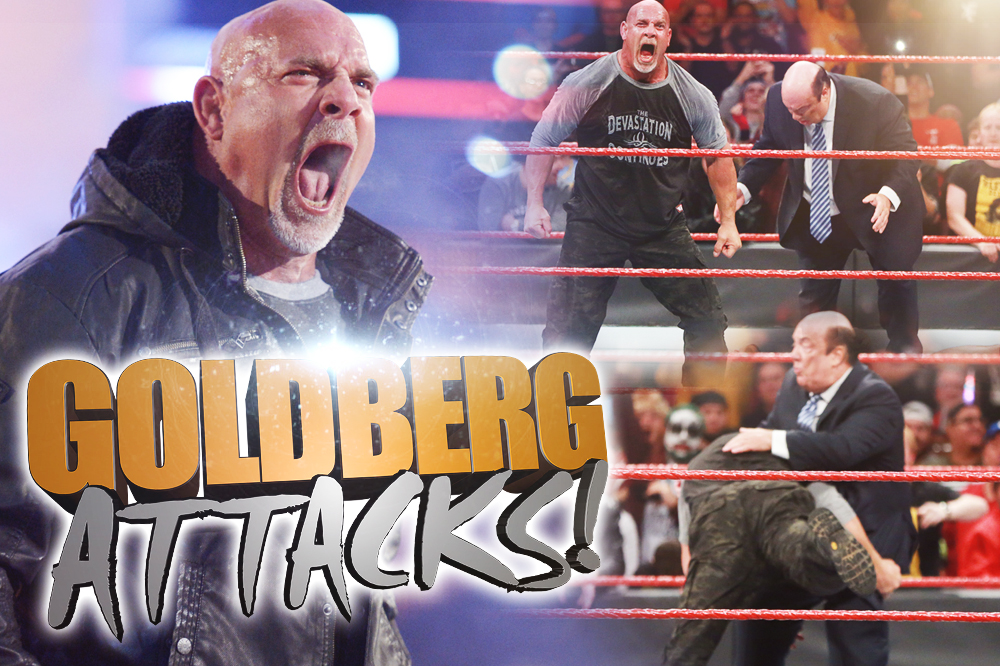 GOLDBERG! The one man wrecking crew was in rare form last night as he came out for the opening of WWE Monday Night RAW, ended up in a confrontation with our boss Paul Heyman (who trolled the WWE Universe regarding Brock Lesnar), then ended up in another confrontation with Russian “Super Athlete” Rusev … and then hit Rusev with the Jackhammer, and hit Paul with the Spear!

WWE.com is reporting Paul has been taken to the local hospital in Hartford, CT following the Spear … so you’re more than welcome to join the conversation regarding the inevitable showdown at WWE Survivor Series when Goldberg has to face Brock Lesnar, and our HustleTweeters invite you to the discussion by following the Hustle on Twitter HERE or by hitting LIKE on our hyper-interactive Facebook page HERE!