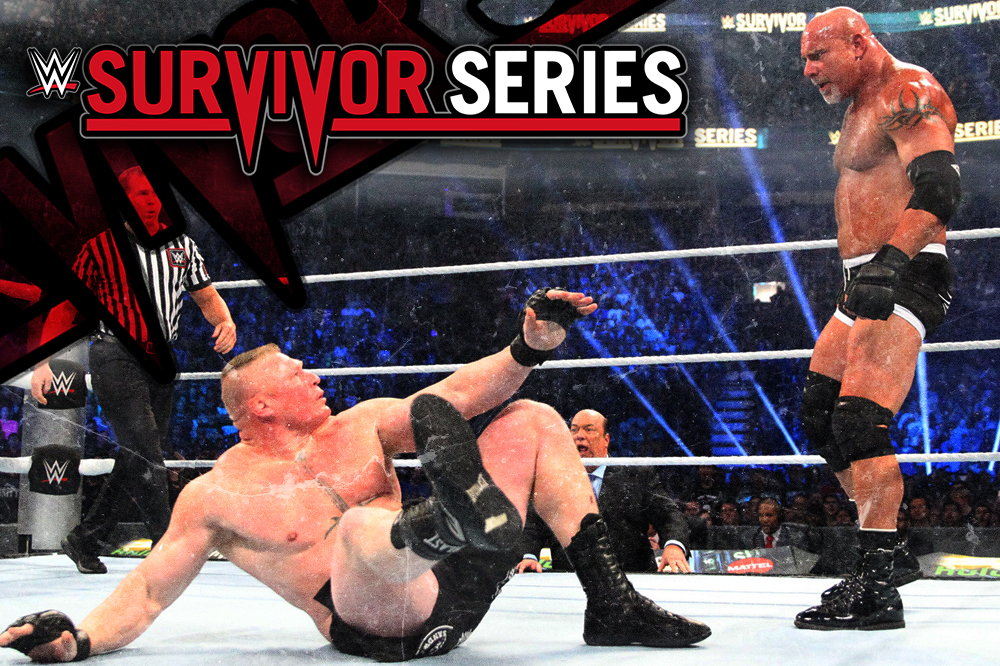 Goldberg has shocked the entire sports entertainment world with his victory over Brock Lesnar at WWE Survivor Series. According to WWE.com:

It took only 1-minute, 24-seconds for Goldberg to dominate his match against Brock Lesnar, defeating The Beast Incarnate with two Spears and a Jackhammer and positively stunning the WWE Universe.

After a 12-year hiatus from competition, Goldberg proved that he hasn’t lost a single step. With his wife and young son watching him compete live for the first time ever, the proud husband and father avenged his family after weeks of insults from Lesnar and his advocate, Paul Heyman.

The quick carnage began shortly after the opening bell rang when Lesnar backed Goldberg into the corner, only to be forcefully shoved back and then leveled with a Spear. The stunned Beast shook off the pain and rose to his feet, but he was hardly expecting what occurred next; Goldberg nailed him with a second, punishing Spear. This dazed Lesnar enough that his opponent recognized an opportunity and quickly seized it. He hoisted the 286-pound, former four-time WWE World Champion above his head and heaved him to the mat with an astounding Jackhammer, followed by a three-count the WWE Universe wasn’t prepared to yet believe.

With the audience inside Air Canada Centre thunderously chanting his name, Goldberg celebrated his 2-0 record against Lesnar by kissing his wife and bringing his son into the ring to celebrate in a picture-perfect moment.

Although the loss certainly won’t sit well with The Beast Incarnate, prior to the bout, Goldberg alluded to the possibility that this may have been his last match. After such a dominant performance, however, we’re left with only one question: “Who’s next?”

We’re HustleTweeting about WWE Survivor Series, and you’re more than welcome to join the conversation by following the Hustle on Twitter HERE or by hitting LIKE on our hyper-interactive Facebook page HERE!