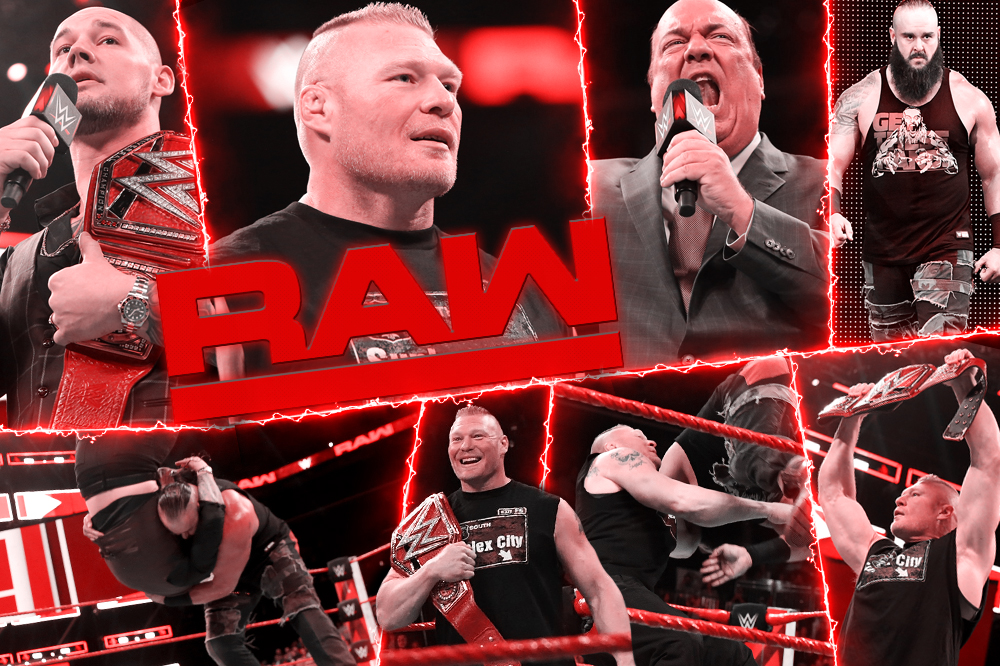 WWE Monday Night RAW got off to a wild start as General Manager Baron Corbin started hyping WWE Crown Jewel, which airs this Friday, November 2nd on the WWE Network. Enter The Beast and our boss, his Advocate, Paul Heyman. According to WWE.com:

In four days, there will be a new Universal Champion, and it might just be the same as the old Universal Champion. Even though Braun Strowman interrupted Paul Heyman’s latest proclamation of an inevitable victory for Brock Lesnar — this one wasn’t a prediction, nor a spoiler, but a guarantee — The Beast Incarnate got the better of The Monster Among Men in a brief but titanic exchange that placed the momentum squarely at Lesnar’s back heading into Friday’s match.

Caught in the middle of all this was Acting General Manager Baron Corbin, who had opened the show by opining that, because of his various scraps with Roman Reigns, he’d rather The Big Dog not come back to the Raw roster when he makes his eventual return. The Lone Wolf didn’t endear himself to Strowman either, as his attempts to separate The Monster and The Beast led to three consecutive Running Powerslams from The Monster Among Men. Strowman’s moment of triumph was spoiled, however, as Lesnar waited for his adversary to finish with Corbin before he pounced with a massive F-5 that was enough to leave The Gift of Destruction laying … at least, briefly.